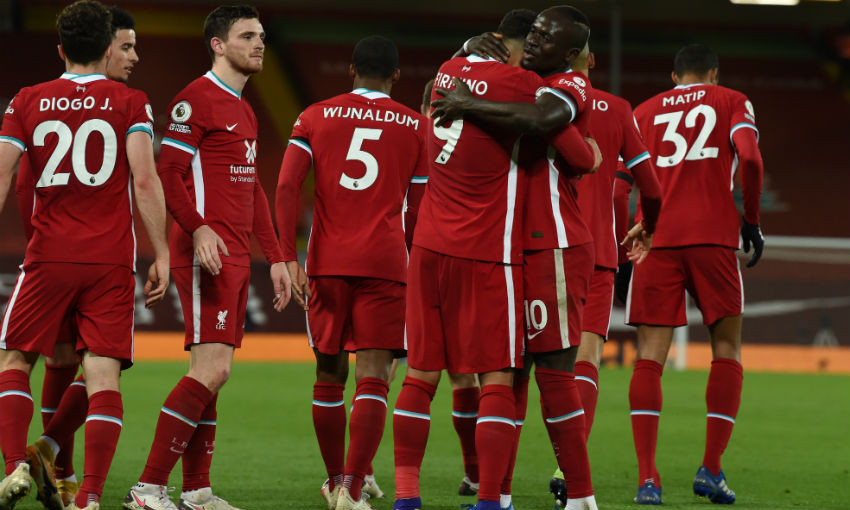 Fine headed finishes from Diogo Jota and Roberto Firmino added to Jonny Evans’ first-half own goal as the champions overpowered the Foxes at Anfield.

Here are five talking points to emerge from a hugely satisfying evening for the Reds...

Jürgen Klopp’s team have made making history feel almost routine in recent years - and they broke yet more new ground on Sunday in surpassing the club’s all-conquering vintage of the late 1970s and early ’80s.

The current side’s unbeaten home run in the top flight now stands at a staggering 64 matches; one more than the sequence of 63 put together by Bob Paisley’s trophy-winning machine between 1978 and 1981.

Some 53 of those 64 outings ended in victory, with the Reds having scored 169 times during that period. They’ve conceded just 42, meanwhile.

A predatory, glancing header from Jota put Liverpool two goals to the good and moved the Portugal forward into uncharted territory, too.

The No.20 now sits alone as the only player in the club’s history to find the net in each of his first four top-flight appearances at Anfield.

Only four others - Tommy Robertson, Peter Cormack, Kenny Dalglish and Luis Garcia - had managed to do so in their opening three, and Jota’s eighth goal for the Reds also served to reinforce an excellent individual record.

He has now scored four times in five Premier League fixtures against Leicester, his best tally versus any opponent in the competition.

Statistically, the fact that Georginio Wijnaldum’s 200th appearance for Liverpool was a success should not be considered a surprise.

No player in the club’s history has won more of their first 200 games than his total of 133, with the Dutchman having topped several iconic names from yesteryear on Sunday.

Sunday’s clean sheet was Liverpool’s fourth in their last seven matches across all competitions - games in which the Reds have conceded on only three occasions while winning six times and drawing once.

Even in ordinary circumstances, that would represent impressive defensive form, but such a record is made more notable considering it has been achieved despite injury absences of varying degrees for Alisson Becker, Virgil van Dijk, Joel Matip, Joe Gomez, Fabinho, Trent Alexander-Arnold and Kostas Tsimikas.

“We are a unit – a proper, proper unit – and the more problems we have, the closer we stick together,” Klopp stated, during his pre-Leicester press conference. 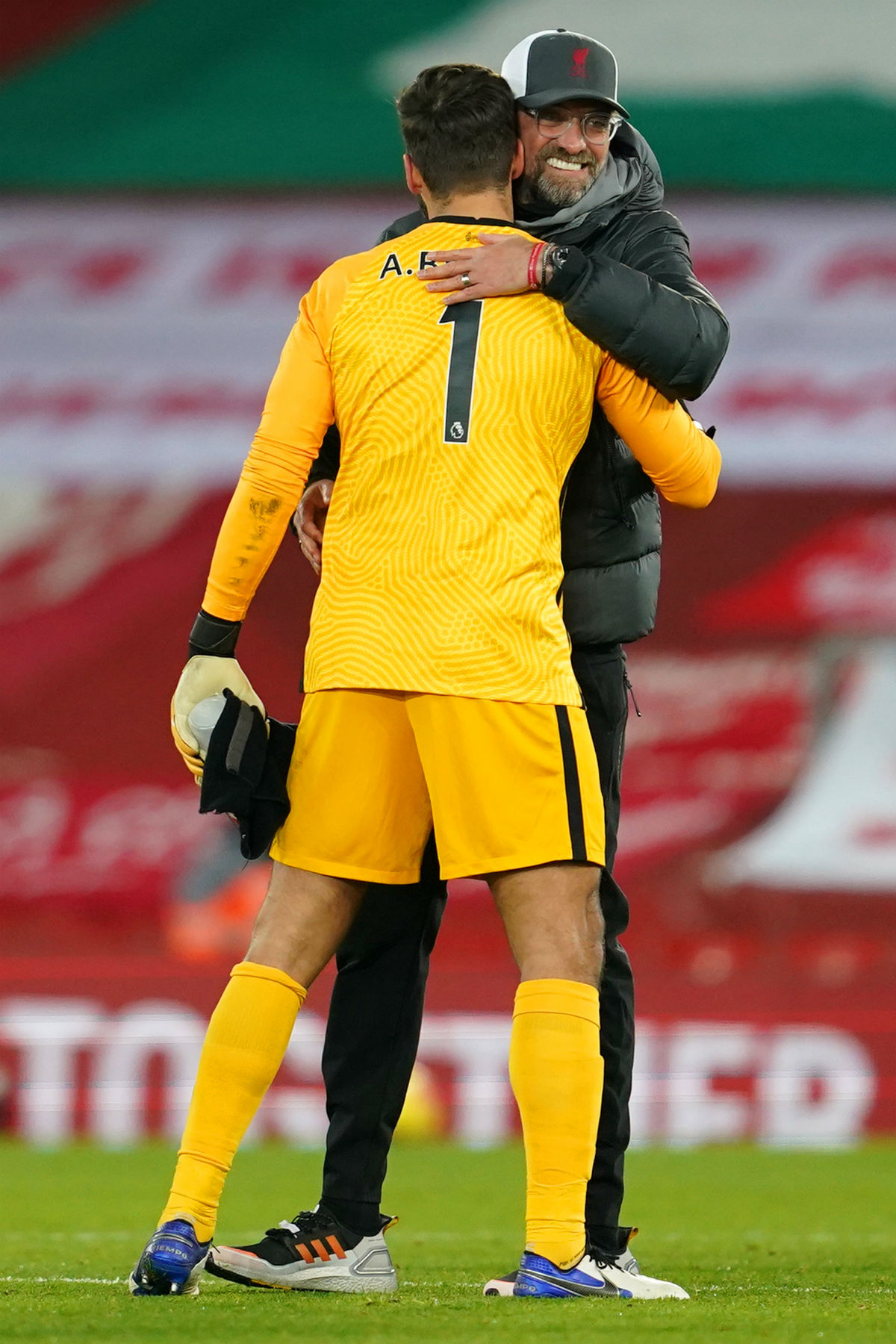 By capping an outstanding individual display with a quite brilliant header late on, Firmino made himself Liverpool’s most prolific player versus Leicester in the Premier League era.

That goal was the Brazilian’s sixth against the Foxes - one more than a legendary predecessor of his in the No.9 shirt, Robbie Fowler.

It was telling that Firmino’s celebratory joy was shared by his teammates, who recognised that his efforts throughout the 90 minutes merited his place on the scoresheet.

“It was just one of those nights when I thought he was outstanding and he just couldn’t get his goal,” said James Milner, who set the forward up with a superb out-swinging corner.

“So, delighted he got it, thoroughly deserved. I thought he was brilliant.”

🤩 LOVE IT, B⚽️BBY 🤩 Boss header from Firmino to round off tonight's win 🙌 https://t.co/PCoTwgqBwM

​Want to get your hands on one of the limited-edition signed #Futuremakers shirts Liverpool wore against Leicester? Head over to Standard Chartered’s auction today. All proceeds will help get disadvantaged young people into education, training of employment.