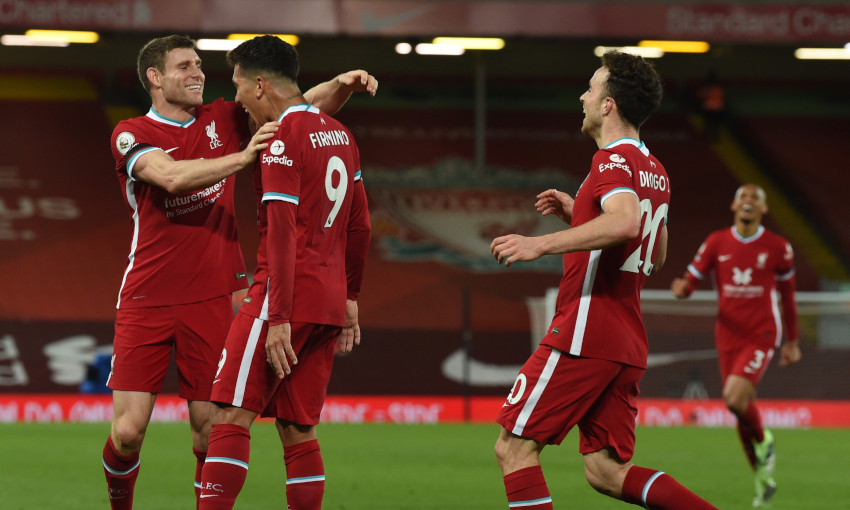 James Milner was delighted to see Roberto Firmino cap off a powerful performance by Liverpool as they defeated Leicester City 3-0 on Sunday.

The Reds achieved a club-record 64th consecutive unbeaten league match at Anfield as a Jonny Evans own goal was followed by Diogo Jota’s eighth of the season and, in the final stages, a clinical header from Firmino.

Firmino had previously been denied by the post and a goalline clearance with the ball being millimetres from crossing the line – and Milner felt the No.9 fully deserved to eventually find the net.

The vice-captain, who started the game at right-back and later moved into midfield, spoke to Sky Sports post-match to reflect on his team’s work on the night.

Was that a really good, professional job against a dangerous team – especially with the injury problems Liverpool had coming into the game?

Yeah, I think so. I think first half we were very good, second half wasn’t as good, we let them into the game a bit more. There’s a lot of miles in the boys’ legs, internationals and things like that. I thought we kept the ball pretty well, at times took the sting out of it when we needed to in the first half. Got the second goal, could have been out of sight more. Bobby, I don’t know what he’s been doing but he was the unluckiest man alive for the first 80 minutes of the game. But he deserved his goal, he was brilliant tonight [and] so unlucky. I think it was a great performance. 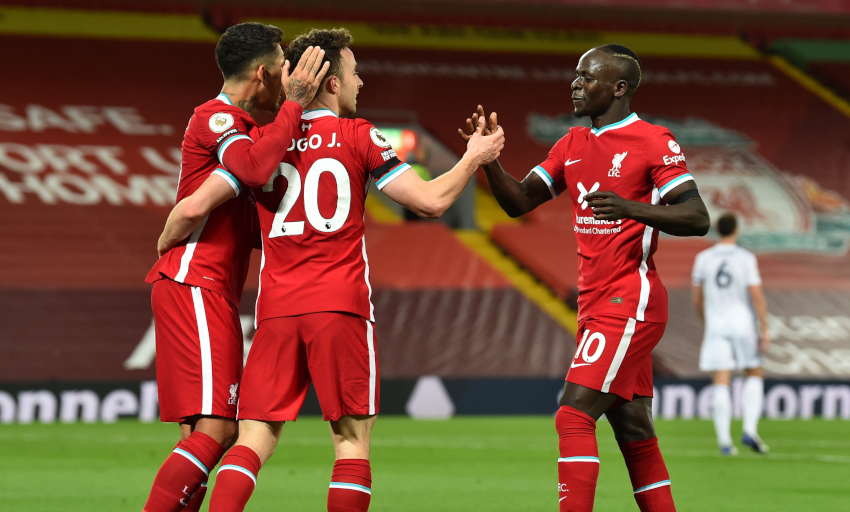 It looked like the rest of the team were as happy as he was when it finally went in?

Yeah, I just said to him I think I’d have been angrier than him. It was just one of those nights when I thought he was outstanding and he just couldn’t get his goal. So, delighted he got it, thoroughly deserved, I thought he was brilliant. Along with the full front line and the boys at the back did brilliant as well.

Yeah, maybe yeah, I would as well! You know, you do the job you can. Neco came on and did very well and slipped straight in and made some great challenges and a great contribution. We’re blessed to have a great squad of players, everyone is pushing each and people are playing wherever asked and doing a great job. That’s because we’re very lucky to have a great squad of players.

Your first Premier League start of the season. Can you also claim an assist as well?

Yeah, I’ll take it! But we just wanted the win. It’s nice for me to start the game, I want to start as many games as I can. I know that’s probably not going to be every game these days with me getting slightly older but wherever I’m asked, I’ll do the job I can. Always delighted just to contribute and it’s important we got that win. There’s a long break now between the next international break; it’s hard to get that rhythm early in the season when you’ve got all the international breaks. So it was important to play a very tough team and get a win to set us on a run hopefully now going into this busy period.

Of course, no trophy or award for setting a new record for games unbeaten at Anfield tonight. But surely that can only add to the aura around the team when teams visit?

Yeah, it’s never been an easy place to come here – I know that from earlier in my career when I was a visiting player. We’re obviously missing the fans at this moment in time but it shows the intensity we can bring as a team as well, there’s that fire and energy from ourselves. We always know the fans are there behind us, we know they’re watching us now but it’s not the same when you don’t have that roar. So I think it’s impressive that we’ve kept it going even without the fans. Hopefully we can keep it going until they’re back and they’ll give us that extra edge again.

At the new training ground you have a door named after you – can you tell us about it?

Yeah, basically it was when the plans were made and we said there should be a door there, me and Hendo, because the route was a strange set-up. So they put a door in and decided to try to be funny and name it after me. It’s wooden hinges so it’s not a statue or a stand but a door at Liverpool, I’ll take that!