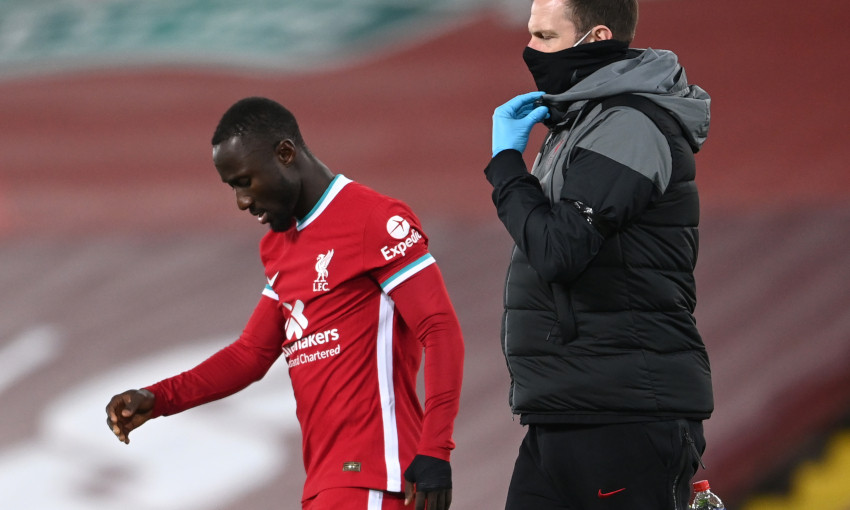 The midfielder limped out of the contest after 53 minutes and will now undergo further assessment of the issue with the club’s medical team.

“He felt his hamstring and was not able to play on, otherwise he would have stayed on the pitch,” Klopp explained during his post-match press conference.

Liverpool were also without Xherdan Shaqiri for the visit of the Foxes, with the forward picking up a muscle injury while on international duty with Switzerland.

Klopp said: “Shaq, how I know it, he had a muscle injury with the national team which he didn’t really realise.

“Now he trained with us, we gave him a day off and then he came back and was involved in the session, but was not fully involved and all these kind of things. He just did a little bit, after that he felt a little bit. Then we did a scan and they found he has an injury from five or six days ago.

“Nobody knew about that, not even Shaq knew about it, but that’s how things sometimes are and so he was not able to be involved.”

Liverpool are set to welcome Mohamed Salah back to training on Monday, however, after he missed Sunday evening’s encounter with Leicester.

“That’s what I’ve heard, yes, it [was] negative today,” detailed Klopp. “I think he is from now on pretty normal in testing. Tomorrow we have the UEFA testing for the Champions League and I am pretty sure he will be in that.

“He can now train with us tomorrow, that’s it. He will have two tests in the next two days, so, yes, he will be tested like all of us.”