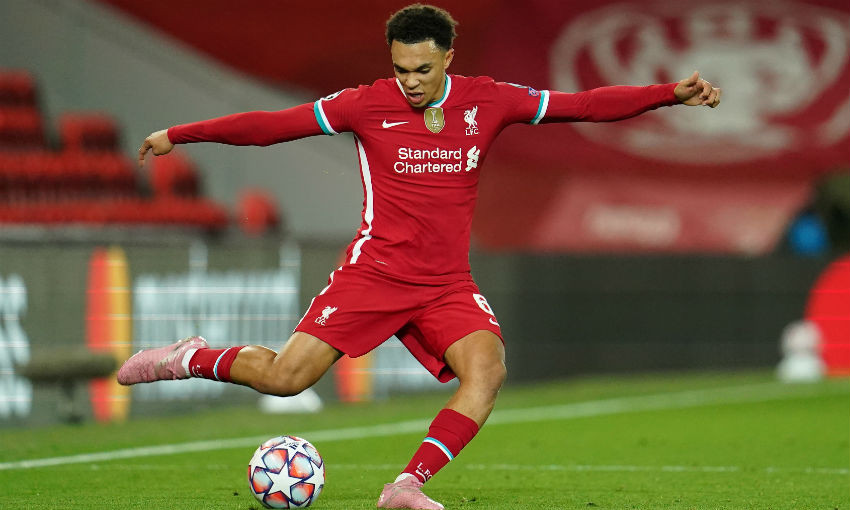 Trent Alexander-Arnold was delighted to earn three points and witness the eye-catching displays of Diogo Jota and Rhys Williams in Liverpool’s 2-0 win over FC Midtjylland.

The Reds moved into first place of their Champions League group on Tuesday after Jota netted the club’s 10,000th goal in all competitions, with Mohamed Salah making sure of the Anfield win from the penalty spot late on.

Before those goals, though, Liverpool were forced into an early change when Fabinho hobbled off and was replaced by centre-half Williams, who was making his fourth first-team outing.

Read on for Liverpoolfc.com's post-match interview with Alexander-Arnold as he assessed the testing encounter with the Danish champions...

A win and a clean sheet but it was a tough night...

Yeah, it was always going to be tough. It's the Champions League, so you never expect an easy game. But we've kept a clean sheet, which we're happy with, and we played well. We did our job. It wasn't our best game but we've got the job done. Three points in a tough group, you never take that for granted and we've put ourselves in a decent position. Hopefully we've set the foundation to work off now and hopefully keep going, keep working hard and advance hopefully.

European win back at Anfield. https://t.co/mT9fthRLNp

You've been grinding out wins when it just doesn't seem like you're getting any luck at the moment. Seeing Fabinho get the injury after half an hour kind of sums things up a little bit...

Obviously he's covering in at centre-half and he's been playing unbelievable in the last few games. Obviously that happens and it's disappointing – hopefully it's not too long because we'll miss him. That position is probably a little bare at the minute to say the least but we've got an amazing squad, you've seen Rhys Williams stepping in and doing a world-class job. At such a young age with such little experience, unbelievable from him. He never really put a foot wrong. Well done to him and I think he's got a bright future ahead.

I think he's an amazing player, he's shown that over the last few weeks. He wasn't with us much last season but he came in this season and showed how good a player he is. The manager obviously trusts him a lot and he's been playing a few minutes. To be thrown in at the deep end on the biggest of stages is tough to do, tough to perform, but he never really put a foot wrong. So I think he'll definitely be in the manager's thoughts hopefully come the weekend and further on. 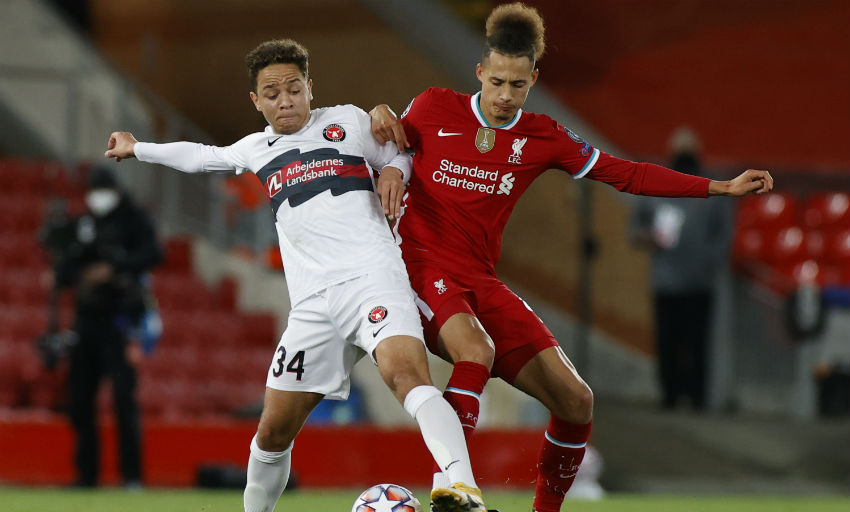 You were involved in the goal for Diogo, it was a great team goal. He's just hit the ground running, hasn't he?

That's exactly what you want from a new signing. He's slotted right in on the pitch and off the pitch. He works well with us, works well for us – I think we all noticed that when we played against him in the last few seasons at Wolves and how good a player he is. So to have him on our team now is something we're happy with. Like you said, he's hit the ground running and hopefully there'll be many more goals and a lot more success with him in the team.

No, obviously we miss the fans a lot. It's something that we've had to try and adapt to but it'll never feel normal – especially on a Champions League night, there's always something special in the air. So we miss the fans a lot. Hopefully they were pleased watching from home and wherever they were watching from. We're happy with the result and hopefully we'll be able to progress and hopefully see them soon.