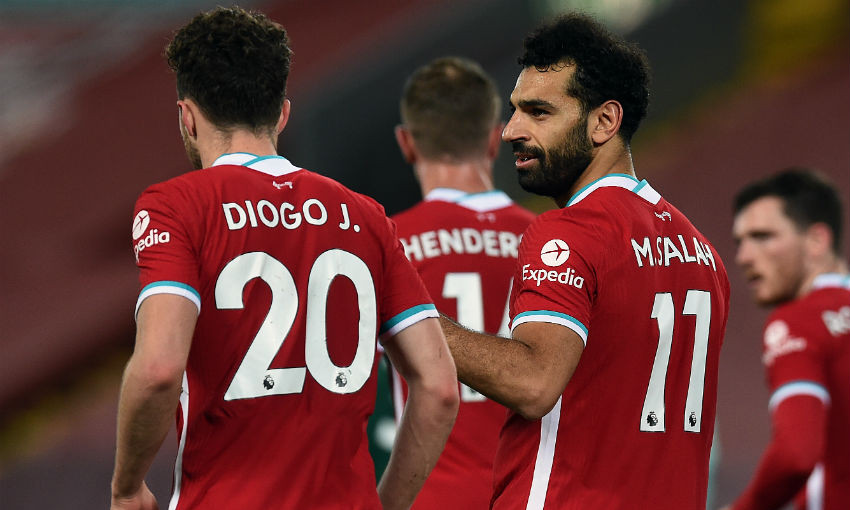 Liverpool produced a come-from-behind victory to beat Sheffield United 2-1 at Anfield in the Premier League on Saturday night.

After Sander Berge gave the visitors the lead from the penalty spot, the champions responded through goals from Roberto Firmino and Diogo Jota to secure the three points.

In back-to-back fixtures, separated merely by a few days, Liverpool have found a way to win.

Both games – AFC Ajax in the Champions League and yesterday's at Anfield – probably won't be remembered for the performances, but the results could be of great significance.

Unlike the midweek trip to Amsterdam, Liverpool went behind against Sheffield United with just 13 minutes on the clock.

"It was tough to take, them setbacks are hard to overturn," Trent Alexander-Arnold said afterwards. "But we’ve got that character in the team and we’ve shown our resilience and went and got two."

Indeed, Firmino's response and the Jota winner mean Liverpool are now unbeaten in their last 13 Premier League games at Anfield when conceding the first goal.

It's 28 wins from the last 29 top-flight matches at L4 for Jürgen Klopp's men, who extend their unbeaten run at the ground to 62.

It would be fair to say Jota feels at home in Liverpool already.

Two Premier League appearances at Anfield for his new club, two goals for the Portugal international. He's the first player to do that since Sadio Mane in 2016.

It was Mane who supplied the cross for Jota's latest goal, delivering a perfect ball from the left that the No.20 expertly headed goalwards.

And despite such an eye-catching start, there should be even more to come from the 23-year-old.

"He is still adapting," Klopp admitted post-match. "He’s 23 and the future is bright, let me say it like this. We will need his quality and I am really happy that he settled nicely so far."

Jota's inclusion in the starting XI didn't require one of the usual front three to start on the bench.

Liverpool moved away from their 4-3-3 formation to start the affair in a 4-2-3-1 approach. Mohamed Salah led the line, Mane was on the left, Jota on the right and Firmino operated slightly deeper.

The reason? An attempt to try and catch Sheffield United, who had nearly a full week to prepare, somewhat off guard. 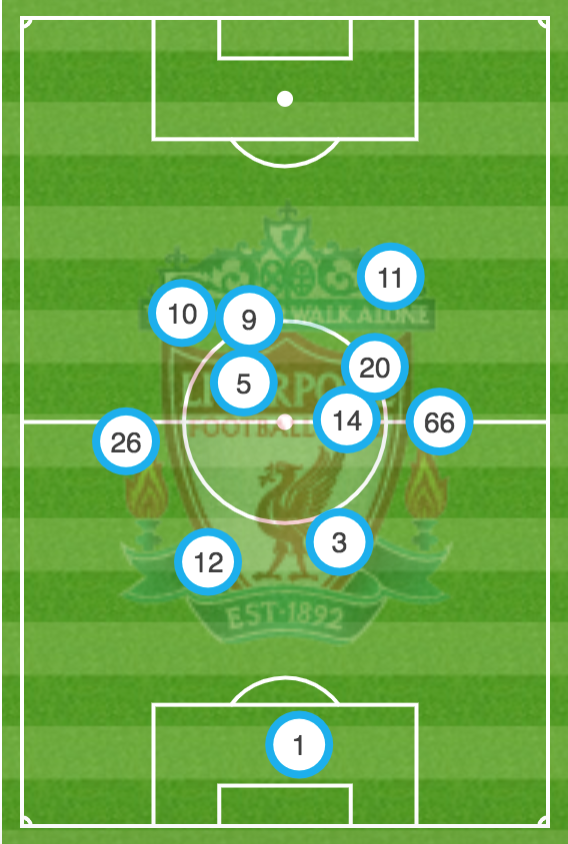 "Sheffield United has a big advantage obviously that they prepare a full week for our game. They can do 12 different set-pieces, to train them during the week; we have recovery sessions.

"So we thought with a slight change we could at least give them some problems as well, which we did actually."

After bringing up his Liverpool century last weekend, the Egyptian was denied a magical 101st goal by VAR intervention.

Had it stood, not many of his previous 100 would have bettered it.

A minute before Jota's goal, Salah controlled Alexander-Arnold's whipped pass and, with his second touch, applied a beautiful outside-of-the-boot finish beyond Aaron Ramsdale.

Muted in his celebrations due to suspicions of offside, his fears were confirmed following a short wait.

Not deterred, though, later on Salah brilliantly spun past John Egan before seeing his dink strike the post and bounce clear.

A shame but more reminders of the No.11's world-class abilities.

Liverpool received a boost before the game when they knew they'd have their starting goalkeeper back between the sticks.

Alisson returned to the field after a three-match absence following a collarbone injury. 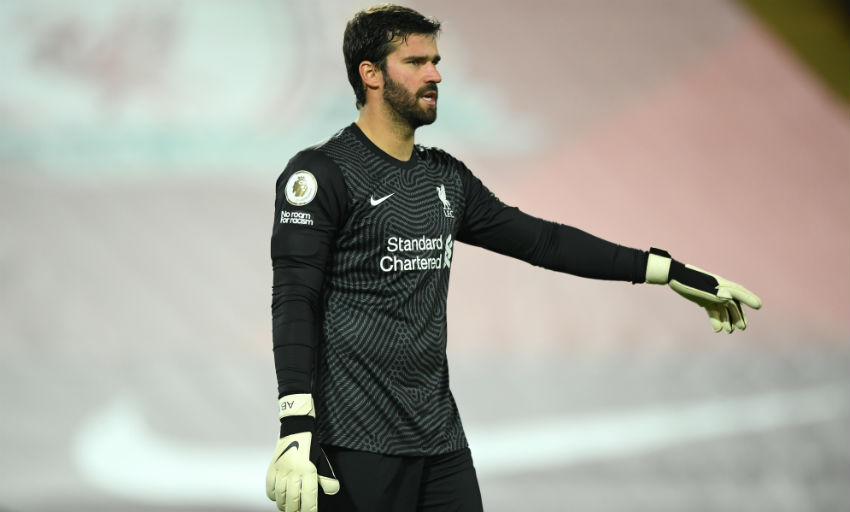 "I was really happy when he gave the green light and said, ‘Yes, I am ready’ because it was his decision," Klopp said.

The Brazilian aided the backline's resolute display that limited their opponents to just two shots on target, and he saved well from a Ben Osborn volley with the scoreline at 1-0.

With the ball at his feet, the No.1 successfully completed 24 passes throughout the 90.

Great to have him back.

Inside Anfield: A unique look at Liverpool 2-1 Sheff Utd