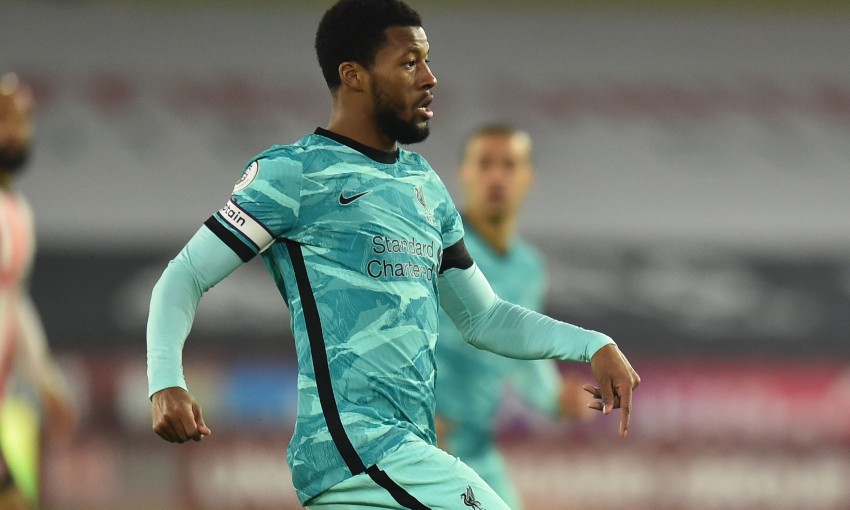 The Reds snapped a four-game losing streak in the Premier League on Sunday evening, with Curtis Jones’ opener early in the second half being added to by Kean Bryan’s own goal.

Their success at Bramall Lane moved Jürgen Klopp’s side to within two points of fourth-placed West Ham United and a single point behind Chelsea, who visit Anfield later this week.

Wijnaldum told Liverpoolfc.com: “I think it’s a good thing if you win a lot in a row, but I think this is a good one to stop the losses that we have had before. I think this is really good for the team and it gives a good feeling again [ahead of] the next game and also [lifts] our confidence.” 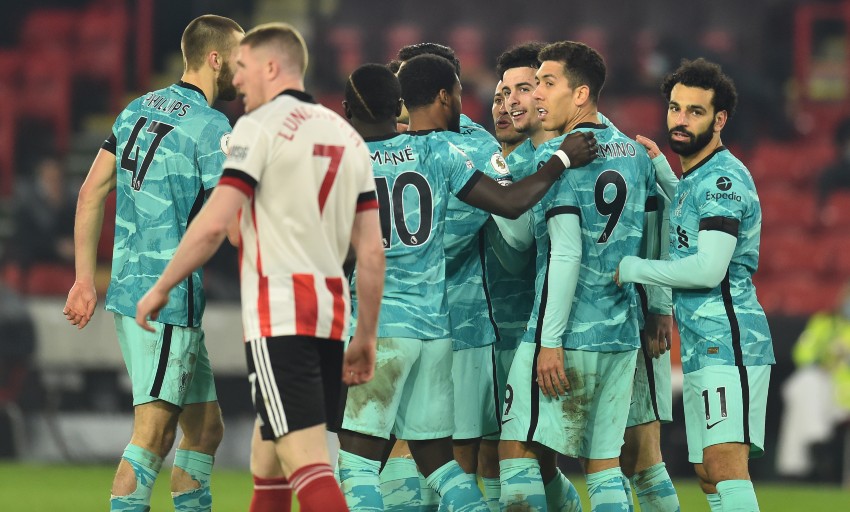 What was the message from the boss at half-time after Aaron Ramsdale had made several fine saves to keep it goalless at the break?

He just said we had to do what we had done in the first half. We have to keep the ball more and then they will get more tired, and if we play like we did in the first half then more chances will come. That’s what we did and I have to say it was also good that we scored two minutes into the second half, so that gave a big boost to the team also.

Was it one of those games where you felt that the first goal was always going to be crucial?

In the situation we are in right now you just hope that every chance you create is a goal but, unfortunately, it doesn’t work like that in football, so we knew that if we create chances you can miss. You are disappointed when the first and the second chances don’t go in, but on the other side you have to stay focused and deal with the situation in the game because anything can happen. You can’t stay in the moment where you are disappointed because you didn’t score the chances you had.

Glad with this solid win and clean sheet ✊🏾🔴 https://t.co/DrcChYDucE

A clean sheet, too, with Adrian and a new centre-back pairing of Ozan Kabak and Nathaniel Phillips contributing...

That’s also a good feeling for those guys and for the team. It gives us confidence because the last few games we’ve conceded a lot of goals so that will help us as we look towards Chelsea next. Hopefully we can get a winning streak.

Is that the key now - to string together a run of victories?

Yes, and that’s what we have to do if we want to finish in the top four. We have to put a run together and just hope the teams above us slip. We can only control our own performances so we have to look at it game by game, give everything and try to win the games.