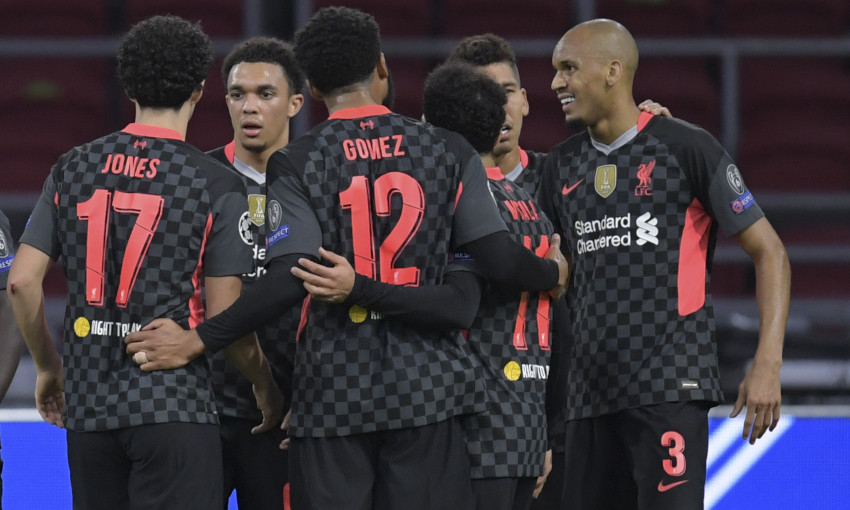 Fabinho has detailed the subtle changes he must make when deployed at centre-back for Liverpool as he pledged to 'do my best' in the role.

In the absence of both Joel Matip and Virgil van Dijk, the Brazil international featured in the heart of defence alongside Joe Gomez against AFC Ajax on Wednesday.

He was key to the Reds securing a clean sheet as they won the Champions League Group D opener 1-0, too, not least with a crucial goalline clearance during the first half.

Speaking after the 1-0 victory in Amsterdam, Fabinho explained the differences to his individual approach when he moves from midfield to the backline.

“Tactically, I have to be always ready for the long balls and try to organise the team,” the No.3, who celebrates his 27th birthday today, told V Sport.

“It’s not easy but I have to do a little bit what Virgil always does – talk to the team and try to be a leader. Of course, I’m not Virgil but I do my best and I will do my best.

“It was very important for me and for the team to keep a clean sheet [against Ajax] for the confidence of the team, it’s very good.”

On trying to be vocal at the back and whether his strong English helps, Fabinho added: “I try to do my best. Of course, the manager said to me I have to talk more to the team, to try to organise the team.

“Sometimes it’s little details like ‘second ball’, ‘be ready’, telling the team to press well. I try to be in this role as well and I try to do my best.”