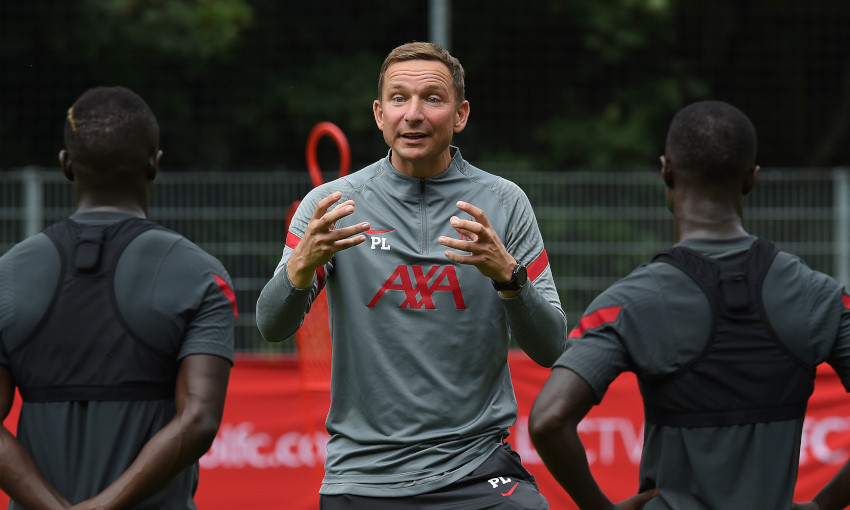 Liverpool are likely to 'combine experience with talent' as they name a strong team to begin their Carabao Cup campaign at Lincoln City on Thursday night.

Jürgen Klopp’s side journey to the LNER Stadium to face the League One outfit, who have already progressed through two rounds of the competition and won both of their league matches in 2020-21.

Joe Gomez, Jordan Henderson and Joel Matip remain unavailable for the Reds and will not be considered for the third-round tie, while teenage centre-back Billy Koumetio underwent a fitness check on Wednesday after missing training in the preceding days.

Elsewhere, Diogo Jota and Kostas Tsimikas are awaiting their competitive debuts for the club.

Outlining Liverpool’s selection plans ahead of the contest, assistant manager Pepijn Lijnders insisted: “The team tomorrow will be a strong team. I think some of you guys [the media] will be surprised, to be honest.”

And the Dutchman explained how any alterations to the line-up will be made with the desire to reach round four in mind.

“It’s about finding a team that feels the responsibility to give everything tomorrow, and finding a good balance in this,” he said at the pre-match press conference.

“Which we need tomorrow because we’re going to play against a side who will defend deep, that is ready to counter-attack, has real speed on the wings and real technical players on the inside. But set up for a good counter-attacking game; they scored five goals already, for example, this season from counter-attacks. At the same time, when they play they really play.

“The team we have to put into place tomorrow has to be a team that is very well prepared. If you have only three days in between two games, you have to use that time very wisely, you have to prepare the team. Sometimes it’s really interesting to prepare a team from day one after the last game. That’s what we try to do.”

Lincoln boss Michael Appleton may be forced to make changes to the side that claimed a 2-1 win at Milton Keynes Dons in League One last Saturday.

“We’ve got a couple of issues,” he said ahead of Liverpool’s visit. “But I don’t want to give too much away to Jürgen!

“We’ve got a couple of issues that might be a bit of a problem come Thursday. It’s going to be touch and go with definitely one of them, but maybe a couple of them.”

On the prospect of the Reds shuffling their options to face The Imps, Appleton said: “Most weekends, we probably know at least eight, maybe nine, players the opposition are going to start with. It could be anything on Thursday.

“Is last year’s FA Cup run they had a bit of an indication of the team they may play? I don’t know. But having said that, the one thing that doesn’t change – or doesn’t tend to change – is their style and how they set up.

“So, we can prepare for that and hopefully we do the right preparation.”