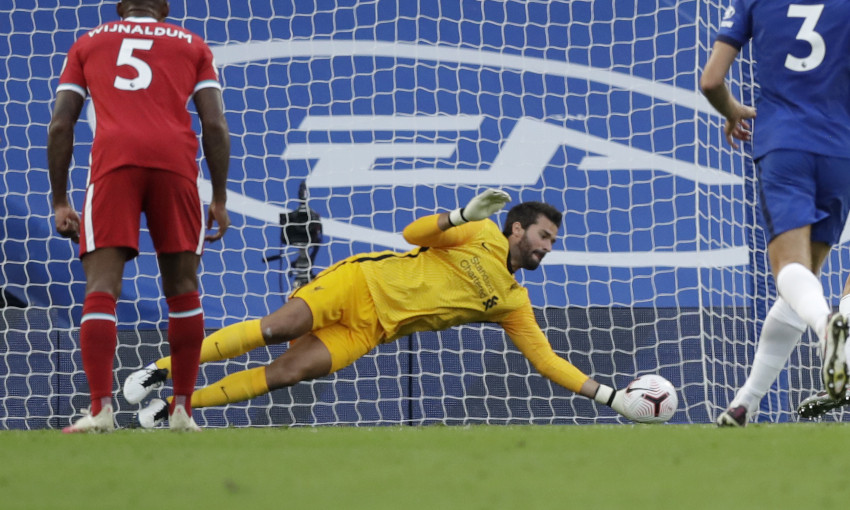 Alisson Becker credited the work of Liverpool's goalkeeping department for his penalty save in Sunday's 2-0 win at Chelsea.

With the Reds two goals to the good against 10 men in the second half of the Premier League showdown at Stamford Bridge, the hosts had a chance to halve their deficit when Thiago Alcantara was judged to have tripped Timo Werner in the box.

Jorginho had converted each of his eight previous spot-kicks for the Blues before stepping up to face Alisson – but the latter won the duel, correctly diving to his left to palm away the effort and preserve a clean sheet.

The Brazilian’s roar of celebration after making the save reflected his satisfaction that the processes of the goalkeeping team had paid off.

“I think in the Premier League this was the third penalty I had the chance to try to save,” the No.1 told Liverpoolfc.com.

“I’m really happy because in the Community Shield we lost on penalties. When the goalie doesn’t save any penalties you stay a little bit down and then you think, ‘I could do more, I could do it differently.’

“But the secret is to keep on going, to know that you are in a good direction, in the right direction, working hard and we did it together – me, John [Achterberg], Jack [Robinson], and all the video team who help us a lot.

“Also with the rebound, Millie and Virg did really well and I think they showed confidence in me that I would save the penalty. 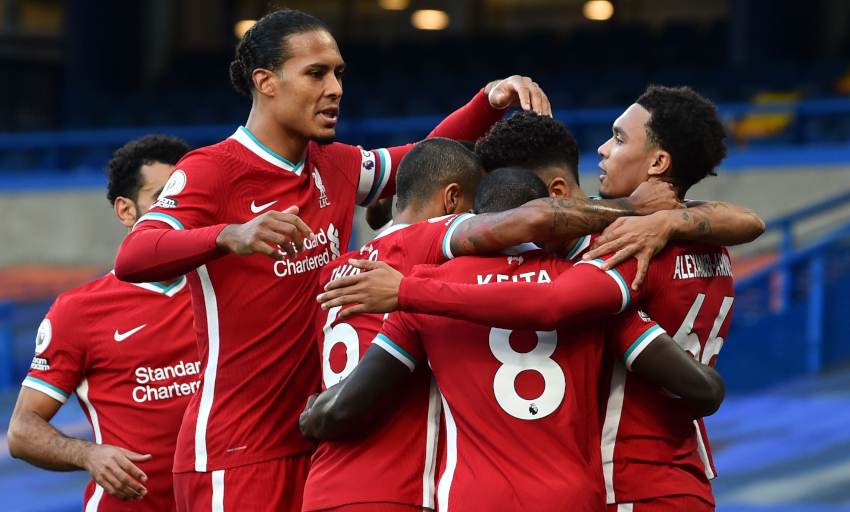 Liverpool were in the ascendancy during a first half that concluded with Andreas Christensen being sent off for denying Sadio Mane a goalscoring opportunity.

Within nine minutes of the restart, Mane had struck twice to set the reigning champions on course for three more points after beating Leeds United 4-3 on the opening day.

“This is perfect: three points, a clean sheet, something that we chase also,” said Alisson. “Not only the three points, it’s something [a clean sheet] that I think a long time we didn’t get. This season it’s the first time, so it’s good for the confidence of the team.

“But always it’s a massive win against Chelsea away. We know how hard it is, I don’t need to tell you, but we did a really good job.”

The midfielder was ‘outstanding’ according to Van Dijk as he consistently snuffed out Chelsea’s attacking threats and put his own side on the front foot.

Alisson concurred that his compatriot was the standout performer on the day.

“He was a monster this afternoon! Unbelievable, but it’s what I expect of him,” he said of Fabinho.

“If it’s a surprise for you I would be surprised, because he is a top player. Anywhere he played, from No.6 or centre-back, he always does his best and his quality permits him to play in different positions.

“He’s a really smart player on movements and also one-v-ones. That was needed against Werner, against [Kai] Havertz and the other players with really good quality, so I congratulate him as he was in my opinion Man of the Match.”