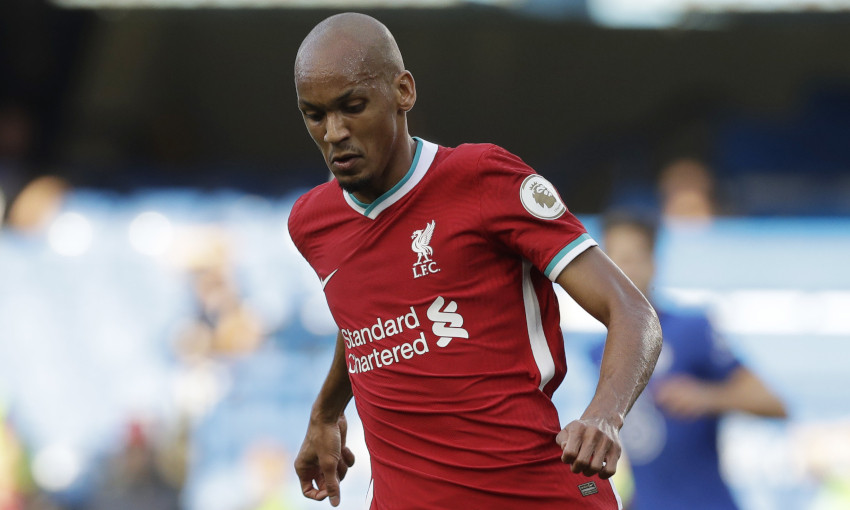 Virgil van Dijk hailed what he considered a Man of the Match display by Fabinho after the Brazilian deputised at centre-back against Chelsea.

He turned in a typically composed performance to help the Reds on their way to a 2-0 victory over the Blues – and Van Dijk paid tribute to his teammate post-match.

“Outstanding,” the Dutchman told Liverpoolfc.com of Fabinho, who topped his side’s totals for tackles (four), interceptions (four) and possession gains (12) on the day.

“I just told him as well I think he was Man of the Match. To keep out a striker like [Timo] Werner and don’t let him score, overall he was outstanding.

“Everyone knows how good he is but it shows also that we need everyone. We are a bit unlucky with the injuries now but we’ll need everyone back because it’s such a long season.”

Liverpool had been on the front foot for much of a goalless opening half in London and their pursuit of a breakthrough was aided by the red card to Andreas Christensen a minute before the interval.

Their extra man swiftly told in the second period, with Sadio Mane scoring twice in four minutes – though the Reds did require Alisson Becker to save a Jorginho penalty late on.

“It was always going to be tough, no matter the circumstances, no matter how they play or who was playing,” said the No.4.

“It was a good performance overall. It’s not nice to give a penalty away and it was bit unlucky from Thiago [Alcantara], I think. But overall we dominated.

“Obviously the red card helps a little bit, we can’t deny that, but even before that we created moments of danger and we were very concentrated and very ready to get the good result.”