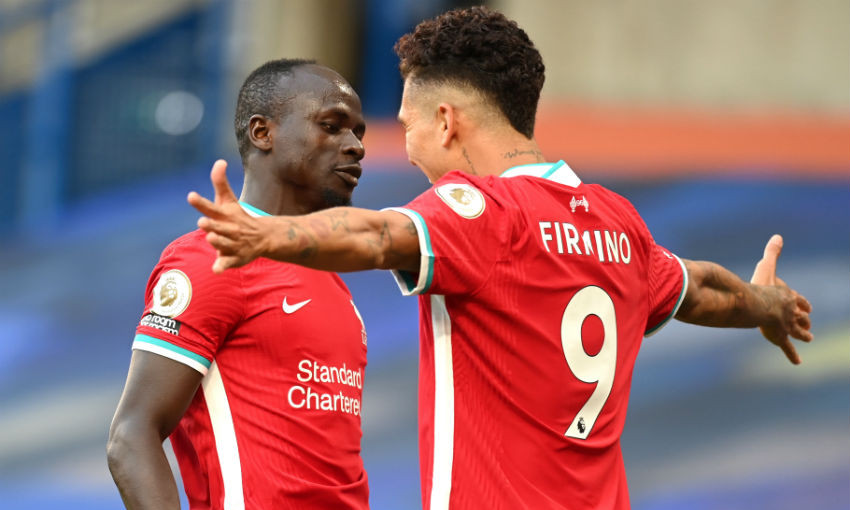 Liverpool made it two wins from two in the new Premier League season after a convincing 2-0 victory over Chelsea at Stamford Bridge on Sunday.

Sadio Mane netted the goals in the second half to give the Reds the result, which included a debut for new signing Thiago Alcantara and penalty save from Alisson Becker.

Here are five talking points from the contest...

Quite the first impression

The cameras were fixated on Thiago the second he stepped foot in Stamford Bridge. They'd have to wait until the second half to see him in action – but it was truly worth the wait.

A knock to Jordan Henderson saw the new No.6 introduced after the half-time interval, and he proceeded to display the kind of passing that has Jürgen Klopp, his new teammates and supporters so excited.

"Everything he did today was completely natural," Klopp said.

Mane added: "He is one of the best players in the world, so we are lucky to have Thiago in our team.

"And I think today he showed that he is a great player."

Indeed, he did. Thiago enjoyed a record-breaking first appearance for the Reds.

In total, he played 75 passes, which is more than any Chelsea player managed throughout the afternoon. But that figure is the most of any Premier League player who played a maximum of 45 minutes since passing data became available in 2003-04.

What a start and more to come no doubt.

Fab at the back

While Thiago's display drew most of the attention, Fabinho's one deservedly clinched the Man of the Match award.

Liverpool were without the injured Joe Gomez and Joel Matip as the Brazilian deputised at the back, playing like a veteran centre-half.

The No.3 thwarted Timo Werner on two occasions in one-on-one situations in the first half as part of a hugely impressive outing.

'Outstanding' was the word Virgil van Dijk used to describe his defensive partner for the day.

The clean sheet Fabinho worked so hard to produce wouldn't have been secured had it not been for Alisson's first penalty save as a Liverpool player.

The No.1 got down low to his left to palm away Jorginho's effort from 12 yards out with 15 minutes remaining in the clash.

It was the first penalty Jorginho has missed for Chelsea in nine attempts and represented Alisson's first save of any kind in the Premier League this season. 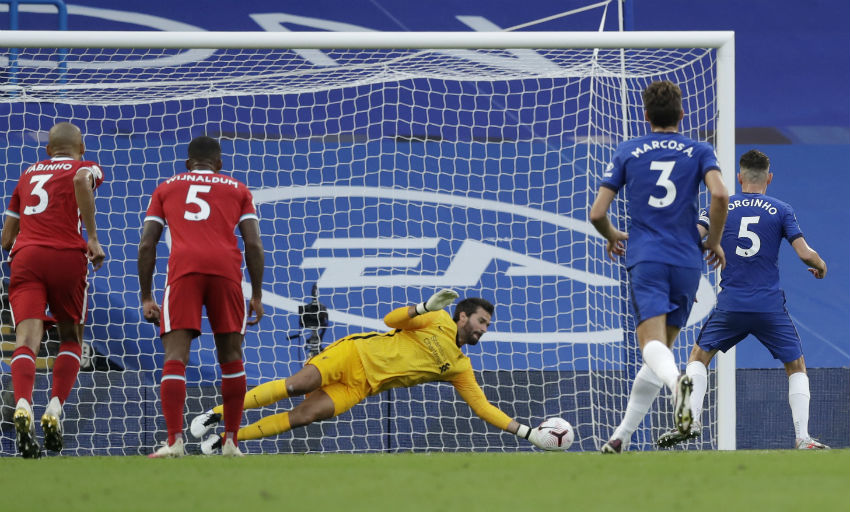 Mane needed just four second-half minutes to determine the outcome of the encounter.

His first goal was a perfectly-placed header from Roberto Firmino's pinpoint, lofted cross. That was Firmino's 11th assist in the Premier League for Mane – more than any other player.

While the opener wouldn't have been possible without a teammate, Mane's second was all down to his own tenacious work-rate.

Frustrated he had initially given the ball away, the No.10 harried down Chelsea stopper Kepa Arrizabalaga, blocked his attempted pass out and converted to complete the day's scoring.

"I love it when we get the rewards for these kind of situations," Klopp assessed.