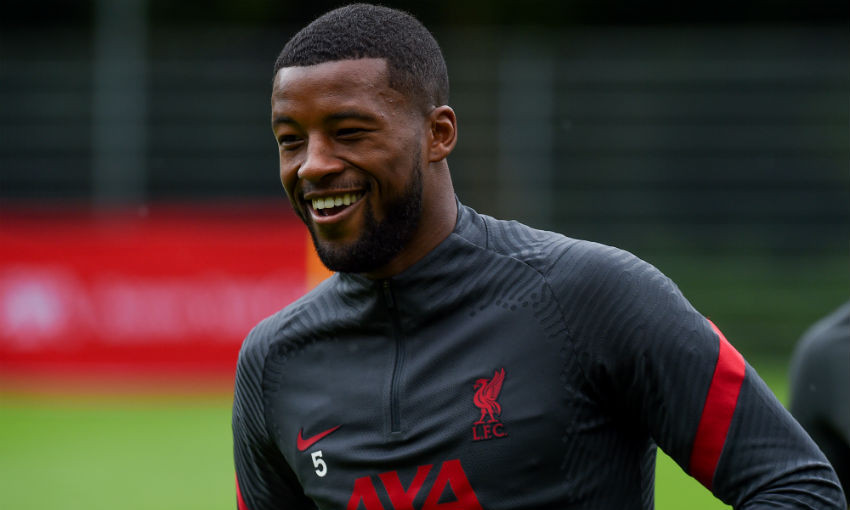 Georginio Wijnaldum acknowledged Liverpool's 'tough' start to the new Premier League season but insists the squad will be ready to tackle the challenges that lie ahead.

The Reds today discovered their league fixtures for the 2020-21 campaign as they will begin the defence of their crown at home to newly-promoted Leeds United.

Jürgen Klopp's side follow that up with a visit to Chelsea before then encountering Arsenal, Aston Villa and Everton to complete their opening five.

Reacting to the fixture list from the team's pre-season training camp in Austria, Wijnaldum told Liverpoolfc.com: "Tough fixtures but we just have to get good results.

"My first season when I came here it was also a tough start with three away games because the stadium was not ready – this is quite similar. We just have to see how it's going to look with supporters and all that.

"But in the Premier League all games are difficult, especially in the beginning because everyone is fresh. We just have to train good, trying to play the games as good as possible and prepare ourselves for the season.

"But we dealt with that situation before in some periods in the season. We know how to deal with it but it's going to be difficult. Most periods of the season we're going to play a lot of games. We just have to deal with the situation.

"You just want to do as good as possible and I already said it in my previous interviews that you never know what you deal with during the season. I just hope we can deal with every situation we will get in and make it as good as last season."

Inside Training: Action-packed sessions on day five of Austria camp

Liverpool's preparations for the top-flight campaign involve warm-up games with VfB Stuttgart and Salzburg while out in Austria.

Wijnaldum understands the importance of those two particular matches and the training camp in general as the start date for 2020-21 draws ever closer.

The No.5 continued: "Before, you had way more friendlies to get ready for the season. Now we have only two, so they're going to be really important.

"I think it is easier now than the previous training camps because we had just two weeks off now and before that it was like four weeks or more.

"I think this pre-season is less than the other ones in terms of intensity with running because there's a lot of football. We do it with pleasure because we know that we need it during the season.

"If you also look at the seasons before, you could see that we were fit until the end. So that was all because we had a good pre-season.

"We know how important it is for us also because we want to play high-intensity football and you have to be fit."