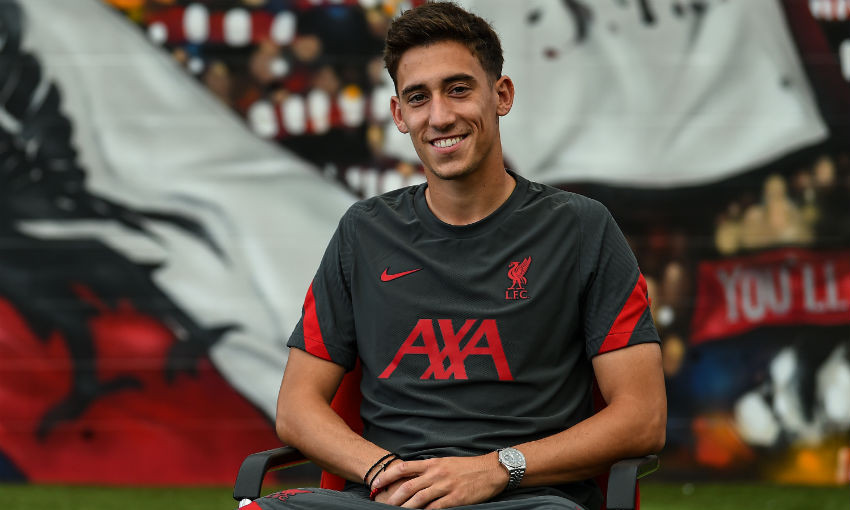 Kostas Tsimikas vowed to give everything he's got when wearing the famous Liverpool shirt shortly after signing his long-term contract with the club.

The Greek left-back completed his transfer to the Reds from Olympiacos at Melwood on Monday to bolster Jürgen Klopp's defensive ranks prior to the start of the 2020-21 campaign.

And speaking in an exclusive interview with Liverpoolfc.com from the club's training base, the new No.21 detailed his joy and future aims as he realised a lifelong dream by making the switch.

Watch the chat in full on LFCTV GO now, or read on below for the transcript...

Use code 1920GOFREE to start a free one-month trial of LFCTV GO - this can be cancelled at any time.

Kostas, a warm welcome to Liverpool Football Club. How does it feel to be here?

I'm very happy, I'm very proud to be here. For me, [it's] the biggest club in the world. It's an honour to be here and I will give my best.

When did you first hear about Liverpool's interest in you and what was your immediate reaction?

From the start I didn't believe it but after I was very happy to come here and play for this team.

Things have moved quite quickly since you played your last game for Olympiacos on Thursday night – talk us through the last few days and today...

After this game I was ready to come here and prepare for this challenge. What I said before, I'm ready to play for this jersey.

How much did you already know about the club? Did you know much as a youngster, or how much have you seen over the last couple of seasons?

My brother is a Liverpool fan and he pushed me to come here and sign. [As] a kid, I supported Liverpool. For all my family and for my brother, we are very happy for this.

What was your brother's reaction when you told him you were going to join Liverpool?

I think until now he doesn't believe I'm here. Now when he sees the pictures he will understand I've signed here and will be very happy.

For any Liverpool fans who might not have seen you play, describe yourself as a player...

I play left-back, I give everything in every minute for the team. 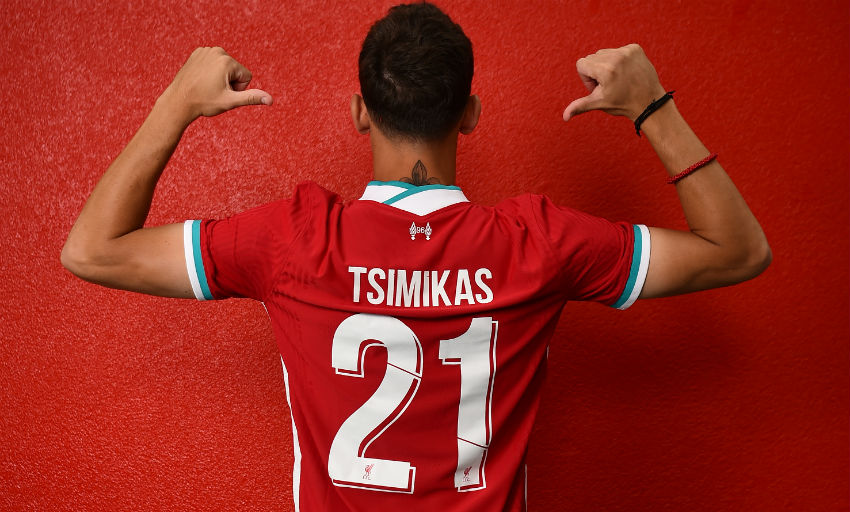 How important was this last season for your development? You played 46 games, won the championship and played in the Champions League...

Last year we played very good, we were a family. It was the best year for me and after this year, I sign here and this is the best present for me. Now I'm here, a new challenge and I'm ready to give everything.

How much has the success of your last season with Olympiacos set you up for joining Liverpool? You are joining a team that are champions of the world, Europe and England as it stands – it's a squad that is used to winning…

It helped me a lot because we play also in the Champions League. I played also [against] English teams.

Has the fact you played against English teams for Olympiacos last season helped you for this move in terms of giving you a taste of what to expect?

Yeah. The league here, I like a lot. I watch it on the TV and it was always one dream I had from when I was a kid to come to play in this league and to come through.

There's a lot of emphasis on the full-backs in Liverpool's style of play, does that excite you? Is that something you feel you can slot into?

I believe I can. With a lot of work and focus on what I do and what the coach wants, and every day working hard in training, I can be on the highest level.

How much has Jürgen Klopp's presence as manager here influenced your decision to join the club? How excited are you to work with him?

You're going to be competing with Andy Robertson, one of the top left-backs in Europe. How will you approach that challenge, learn from him and push him for a place?

He's one of the very good talents. For me, I will give my best to play. I know Robertson is one of the best left-backs in the world but this gives me extra motivation to work hard.

There's not much time between seasons and 2020-21 is coming up very soon. Are you going to have a break now or will you start training this week?

I don't know yet, I have to speak with the manager and he will tell me what I have to do.

We don't know yet when you will get the chance to play in front of the Liverpool fans at Anfield, but how much are you looking forward to that?

I hope to play on this pitch first of all [and] after I hope to feel how the fans sing the songs. I think I am ready for this and I hope this happens soon.

You are sticking with the No.21 shirt that you wore with Olympiacos at Liverpool. Is there any reason for that?

I like it as a number. I took it in Holland when I played there, then the next year in Olympiacos and I wore it for two years and now here.

What are your ambitions for your time at Liverpool – both for the season coming up and beyond?

To achieve [our] goals. To win the league again and also to win the Champions League.

Finally, what would your message be for the Liverpool fans watching and reading this first interview with you?

Be close to the team because we need them and to sing for the team [and] everybody, in the end of the season, [will be able] to celebrate.