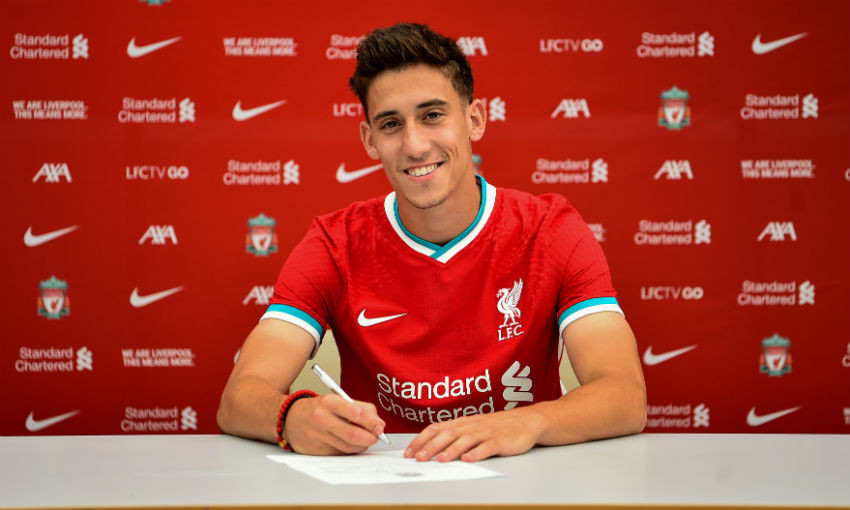 Liverpool FC have completed the signing of left-back Kostas Tsimikas from Olympiacos on a long-term contract.

The 24-year-old Greece international, capped three times by his country, joins the Premier League champions after penning a deal at Melwood today.

Tsimikas made his senior debut for Olympiacos in December 2015 and went on to make 86 appearances for the Greek side in all competitions.

More than half of those games came in 2019-20 as the defender helped his club reclaim the domestic title by an 18-point margin.

He will now link up with his new teammates as Jürgen Klopp’s squad prepare for the upcoming campaign and defence of their Premier League title.

“I’m very happy, I’m very proud to be here. For me, [it’s] the biggest club in the world. It’s an honour to be here and I will give my best,” Tsimikas told Liverpoolfc.com in an exclusive interview after completing his transfer.

“The league here, I like a lot. I watch it on the TV and it was always one dream I had from when I was a kid to come to play in this league and to come through.

“With a lot of work and focus on what I do and what the coach wants, and every day working hard in training, I can be on the highest level.

“[I want] to achieve [our] goals. To win the league again and also to win the Champions League.”

Tsimikas spent time on loan at Danish outfit Esbjerg and Dutch side Willem II earlier in his career, starting all but two league games for the latter in the 2017-18 campaign.

He earned a senior international debut for Greece in October 2018 having also represented his country at U19 and U21 level previously.

The defender will wear the No.21 shirt for Liverpool.