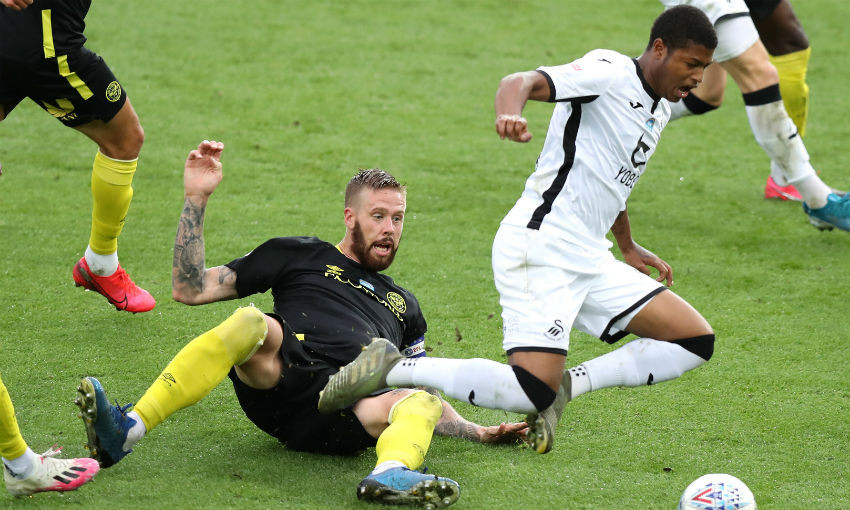 The forward won a second-half penalty that was subsequently missed by Andre Ayew, but Ayew later smashed in a winner to ensure Steve Cooper's side hold the advantage ahead of Wednesday's second leg at Griffin Park.

'He has everything a striker needs' - Rhian Brewster's loan spell assessed