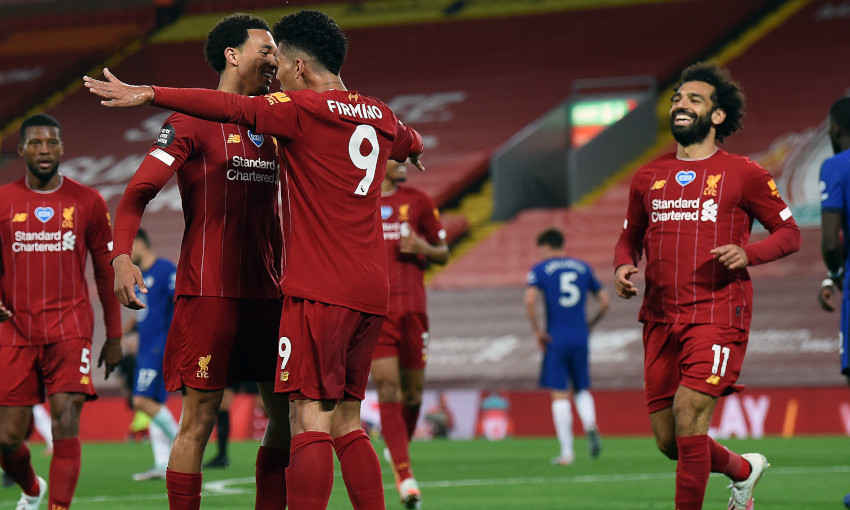 Five different names were on the scoresheet as goals from Naby Keita, Trent Alexander-Arnold, Georginio Wijnaldum, Roberto Firmino and Alex Oxlade-Chamberlain earned the Reds three points in their penultimate game of the 2019-20 season.

Indeed, Liverpool have now completed three consecutive league seasons without losing a single home match, for the first time in the club’s history.

Burnley are the only team to prevent Liverpool from capturing all three points in L4 this term.

Liverpool’s counter-pressing proved effective in the final third once more as Keita opened the scoring at Anfield.

The Guinean midfielder led by example a fortnight ago during the Reds’ 3-1 win at Brighton & Hove Albion, winning possession to help set up Mohamed Salah’s opener at the Amex Stadium, and set the tone once again with more tenacious play.

Dispossessing Willian in dangerous territory, Keita promptly found the back of the net with a venomous strike from the edge of the area to open the scoring against Chelsea.

Meanwhile, Alexander-Arnold scored a second stunning free-kick of the season against Frank Lampard’s team, finding the same corner of the goal as he did back in September at Stamford Bridge.

Liverpool have now scored 50-plus league goals at Anfield for the second successive campaign – a feat not achieved since 1983-84.

The Reds were on target 55 times in 2018-19 as Klopp’s side ended the season as runners-up, while the five goals struck past the Blues on Wednesday night took the champions’ tally to 52 for 2019-20. 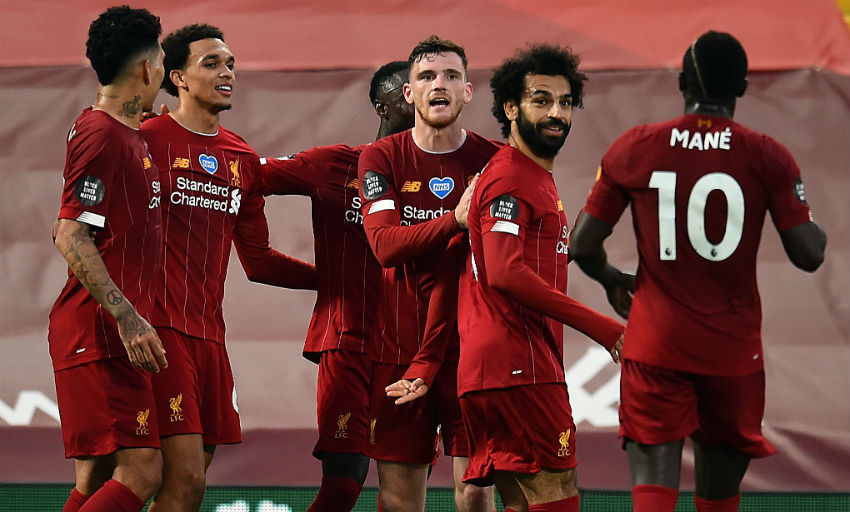 Firmino’s coolly-dispatched header from a pinpoint Alexander-Arnold cross on 54 minutes put paid to one of the anomalies of another successful Liverpool season.

The Brazilian had not previously found the net at Anfield in league football this term, with his series of crucial goalscoring contributions coming, by coincidence, away from home soil.

But the No.9 scratched that statistic at the final opportunity, powering a header beyond Kepa Arrizabalaga to put the Reds into a 4-1 lead at that stage of a thrilling contest.

Klopp’s side remain on track to continue rewriting the history books.

A win against Newcastle United on Sunday afternoon would see the Reds surpass their own record Premier League points tally of 97, achieved last term. Three points would also ensure Liverpool equal Manchester City’s milestone of 32 victories – set in 2017-18 – achieved in a single season.

The champions currently hold an 18-point lead over second-placed City heading into the final day, and could still break their record title-winning margin of 19 points.