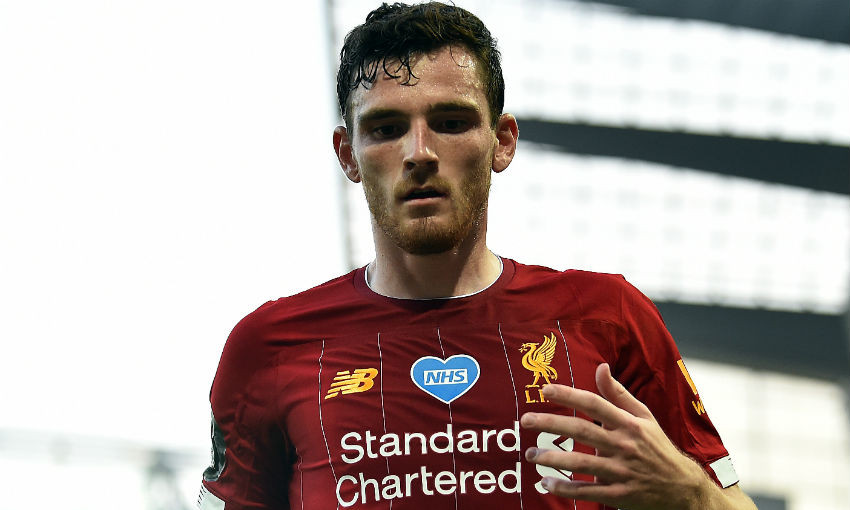 A feeling of responsibility for the shirt will drive Liverpool on in pursuit of further glory, Andy Robertson has pledged.

The reigning English, European and world champions will receive the Premier League trophy on Wednesday night having followed up their 97-point, second-placed finish last term by going one better this season.

The domestic title adds to the Champions League, UEFA Super Cup and FIFA Club World Cup silverware Jürgen Klopp’s squad have amassed since June 2019 - but the thirst for success Robertson and his teammates possess is far from quenched.

“We don't want it to be a one or two-times-off, we want that to become the normal, we want that winning feeling every single year and that's why after winning the Champions League we stayed so motivated to go and win the Premier League.

“Our motivation to win trophies for this club is always there. You carry a responsibility when you put on this shirt and we all know that, we all buy into it. With the manager we've got, he doesn't let us drop below 100 per cent. That will continue, so as soon as we do get to that point he'd be there to tell us otherwise and so would the captain.

“We've got really good characters in our squad that won't let our standards slip - not that we ever would think about it. Like I said, we've got a responsibility to try to bring trophies to this club. We've done well so far but it's about continuing that.”