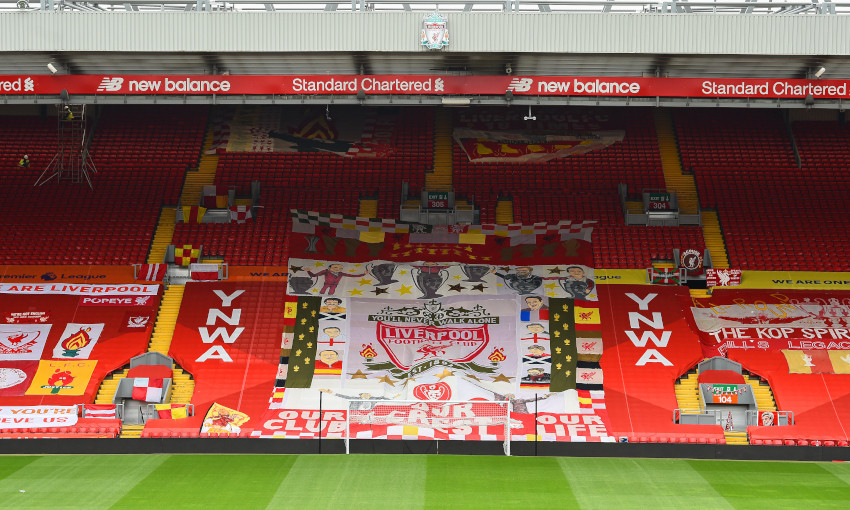 Liverpool will get their hands on the Premier League trophy in a special ceremony on the Kop at Anfield following the clash with Chelsea next Wednesday.

Having mathematically secured the club’s 19th league title last month, the Reds are set to receive the silverware at their final home match of the 2019-20 campaign on July 22.

With supporters unable to attend the behind-closed-doors fixture, the historic occasion will involve a unique presentation designed to acknowledge and celebrate Liverpool fans.

Reds players and staff will collect the Premier League trophy and their winner’s medals on a special podium built at the centre of the Kop surrounded by fan banners.

The Reds squad, led by captain Jordan Henderson – who will lift the trophy at Anfield – have been involved in the planning for the much-anticipated ceremony.

The clash with Chelsea, and the subsequent trophy presentation, will be broadcast free-to-air by Sky on its Pick channel in the UK, to ensure supporters can watch from home.

LFC and the Premier League are asking fans to stay at home to enjoy the ceremony, and not travel to Anfield next Wednesday evening.

Supporters can share their celebrations of the Reds’ Premier League title triumph with the club via social media by adding the hashtag #LFCatHome to photographs and videos.