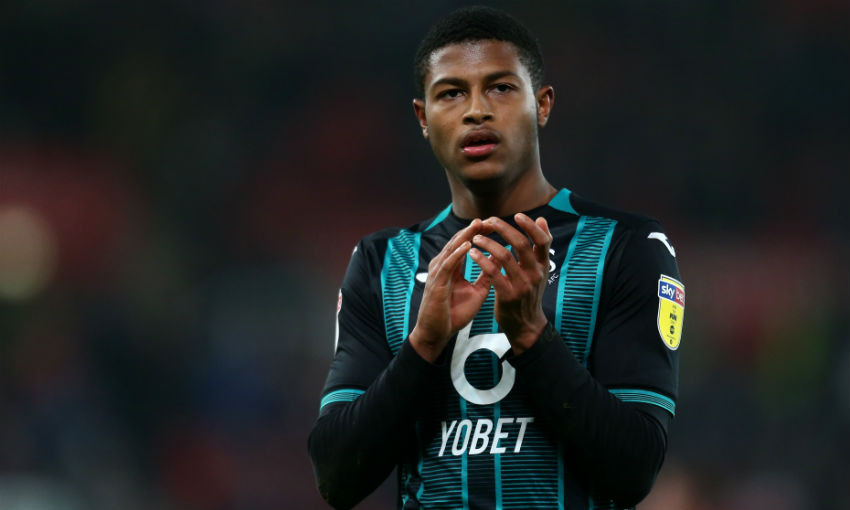 Rhian Brewster continued his fine goalscoring form with another strike for Swansea City on Wednesday night.

The striker opened the scoring in the Swans' 2-2 draw away at Nottingham Forest with a brilliant first-time finish from Jake Bidwell's cross.

"I was right behind it, as soon as it left his foot it was only going in," Swansea boss Steve Cooper said. "It was a really good goal.

"He's only come off with a dead leg so I'm sure he'll be fine for the weekend."

Brewster has been on the scoresheet three times in his last four appearances, taking his tally in the Championship to nine since arriving on loan in January.

Cooper's side currently sit eighth in the standings, three points adrift of the play-off places with two fixtures remaining.