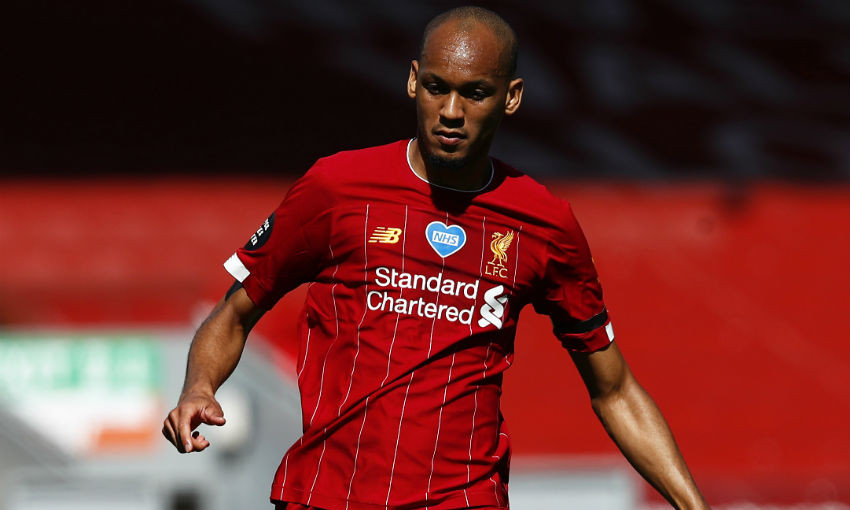 Fabinho insists Liverpool will give their all in the final three fixtures of the campaign as they still have their sights set on the Premier League's points record.

The Reds were held at Anfield for the first time in the top flight this season on Saturday when Burnley left with a 1-1 draw.

The Brazilian – who played a lovely assist for Andy Robertson's opener in the first half – was satisfied with most aspects of that performance, but left frustrated by missed chances and a number of fine saves from opposing goalkeeper Nick Pope.

The champions need three victories to eclipse Manchester City’s record tally of 100 set in 2018 and their next opportunity to continue that pursuit arrives on Wednesday evening when they travel to Arsenal.

Read on for Fabinho’s Burnley verdict in our post-match interview...

Fab, so many good things about that performance, was the only thing missing the three points?

Yes, I think in general we played a very good game. We created very good chances to score, their ‘keeper Pope made very good saves as well. The intensity was good so unfortunately the result is not a win but we keep going.

Burnley are so well organised – how difficult is it to try and find a way through them to create chances?

It’s hard to play against a team like Burnley because they have very good things like [being] very strong on set-pieces and we know we had to have very good concentration. It’s like this but you have to find the spaces to try always but today was not our best day maybe.

You played a big part in the goal for Andy Robertson, just talk us through it from your perspective…

When I received the ball I had a good position to try this pass for Robbo and the other players. I’m happy to give the assist for Robbo but his movement was very good as well.

Alongside you in midfield for the first time in the Premier League was young Curtis Jones. Do you see huge potential in him?

How big a desire is it now to finish the season with three straight wins and get yourself over 100 points and finish things in style?

Always when we go out onto the pitch, we go to win. We don’t look at the opponent, we just go to try to do our best with intensity and technical play. So we go into these three final games to win.

Fabinho discusses centre-back switch: 'I will do my best'