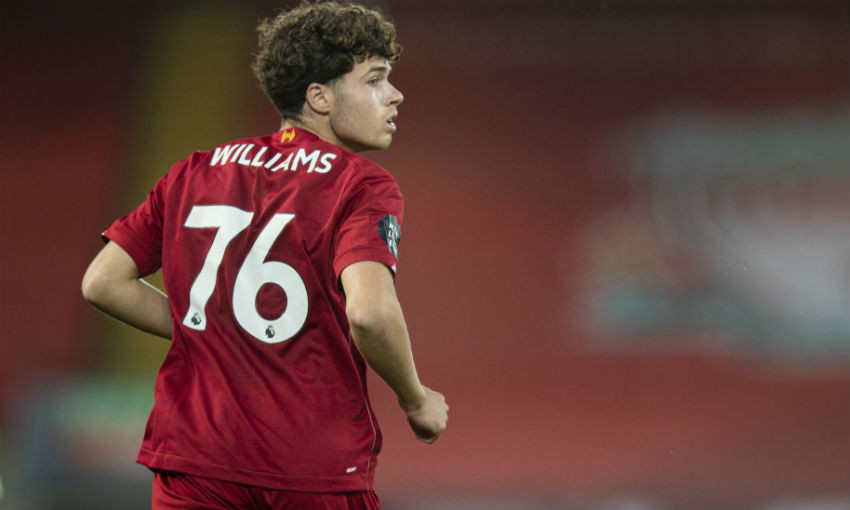 Neco Williams is watching and learning from Trent Alexander-Arnold as he strives for more Premier League minutes before the end of the season.

After making his top-flight debut off the bench against Crystal Palace last month, the teenager has since appeared as a substitute in the champions’ games versus Manchester City and Aston Villa.

His fellow Academy product Alexander-Arnold is, of course, firmly established as the Reds’ senior right-back and is widely regarded as being among the world’s best in the position.

And, while acknowledging the challenge of competing with the No.66 for a first-team berth, Williams is soaking up everything he can from working alongside him daily at Melwood. 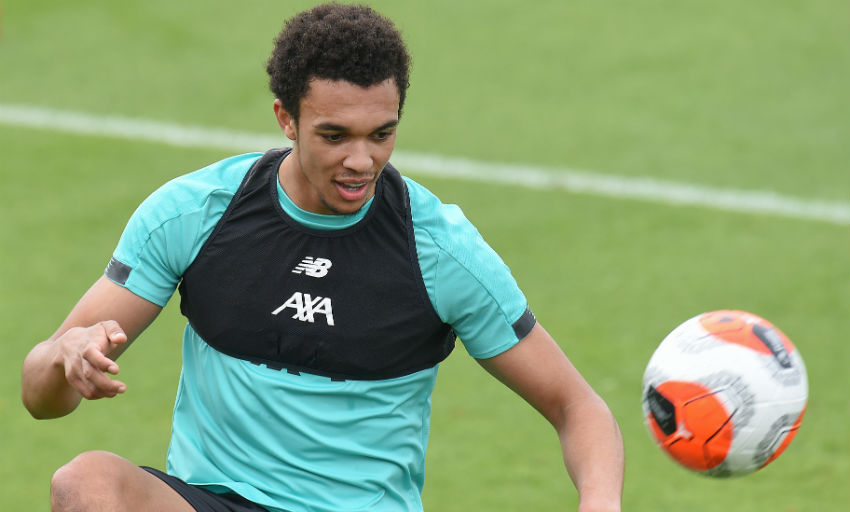 “Definitely - in training now as I’m playing I’m watching him, I’m taking things in and taking stuff that he does into my game,” Williams told Liverpoolfc.com.

On his targets, both in the short and long term, Williams continued: “I just need to keep doing what I’m doing in training: keep improving, keep working hard, believe in myself and keep getting the minutes in.

“Because if I’m doing that then for sure, the boss will hopefully give me some game time and I’ll show to everyone what I can do and what I’m capable of doing.”

Ahead of Liverpool’s trip to Brighton and Hove Albion on Wednesday, we caught up with Williams at Melwood.

LFCTV GO subscribers can watch the interview below, or read on for more…

Firstly Neco, let’s get your reflections on the last couple of weeks. What’s it been like for you to be part of a Premier League title-winning squad at the age of just 19?

I think it’s unbelievable, especially for us young lads - me, Curtis and Harvey - just to be around the lads and to obviously become Premier League champions is just an unbelievable moment for us. Every day now we are just taking it in and the mood in the camp has just been amazing. We are looking forward to finishing the season, to see how many points we can get.

The hectic schedule from now until the end of the season might give the likes of yourself, Curtis and Harvey more chances. You've now made three appearances in the Premier League, that must feel great?

Most definitely. I made my Premier League debut against Crystal Palace, which for me was a surreal moment. From when you are little you always look to the day that you want to make your Premier League debut. For it to happen to me was just a surreal moment. Like for Curtis when he scored his first Premier League goal against Aston Villa, for sure for him that was a dream come true. Each day now we are just taking it all in and hopefully we’ll keep getting more opportunities and keep showing the boss what we are capable of doing.

That means you're just two appearances away from being eligible for a Premier League winner's medal. The boss has said you'll get one regardless, so what would that mean to you?

Just to take it home to my family and show them would be a dream come true. Every day now we are showing the boss what we can do in training and we are improving every day. Hopefully if we keep showing what we are capable of doing and keep improving every day then the boss will have no choice but to give us a bit of game time, and we’ll prove to everyone that we are capable of playing and prove to everyone that they can trust the young lads. We will put everything into it and we’ll give 100 per cent like everyone always does as part of the Liverpool team.

You mentioned Curtis Jones before - he had quite the weekend, signing a new contract then scoring his first Premier League goal. You've come through the ranks together so how much of a buzz does it give you to see progress he’s made this season?

I think he’s had an unbelievable weekend, signing a long-term contract and scoring his first Premier League goal, so I bet it hasn’t sunk in for him yet. But just to sit back and look at it, from me and Curt being at the Academy since we were six or seven years old, progressing through all of the Academy stages and ranks and getting into the senior squad and playing together [like against Villa]... I think when you sit back and look at it, it’s just a surreal moment, a blessed time for both of us. We are just going to keep working hard in training and hopefully we’ll get more opportunities and we’ll play together again. 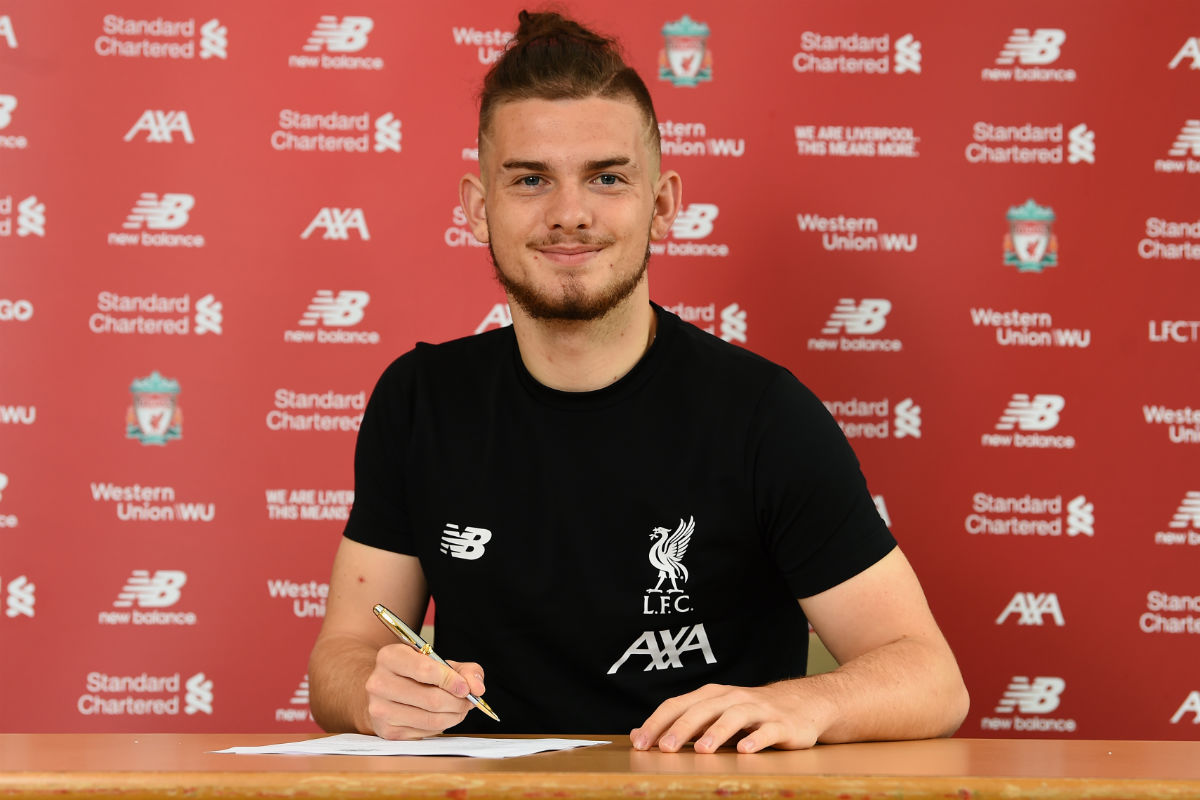 Another teammate you mentioned earlier is Harvey Elliott, who signed his first professional contract with the club on Monday. You must remember what that felt like, and just how bright is his future?

Harvey has got a massive future ahead of him. He’s only just turned 17 and when you actually sit back and look at it, that’s very young. For him to be doing what he does in training and showing what he can do - he is going to be a top player. For him to sign his first professional contract is an amazing feeling for him, because when I signed my first professional contract I was over the moon, I was buzzing, and for sure he will be feeling exactly the same.

Finally, what are you expecting from the Brighton game?

We’ve been working hard now, even though we’ve become champions. The boys haven’t stopped yet and we are still working 100 per cent in training. We haven’t stopped and we need to keep going. We need to keep fighting until the very last game of the season and that’s what the boys will do because that’s what we’ve done from the start of the season - and we’re not just going to stop now. We are going to keep going and try to get as many points as we can until the last game of the season.