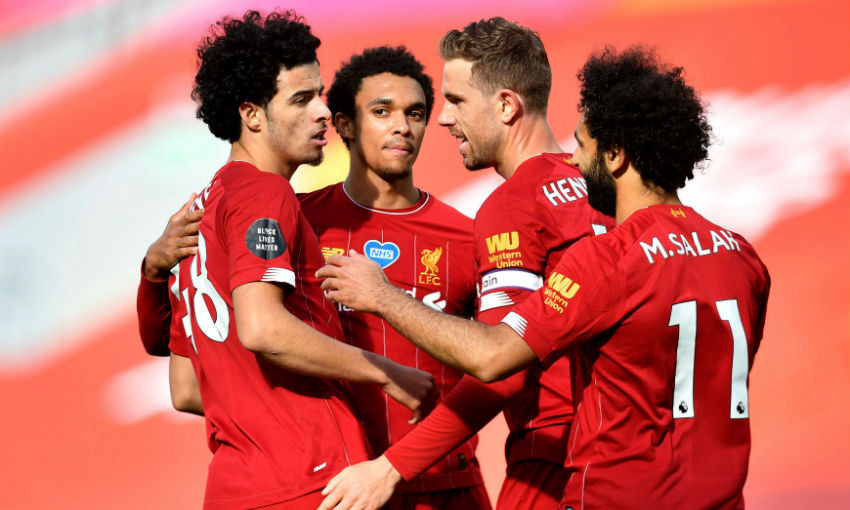 Curtis Jones expressed his immense gratitude for Jürgen Klopp's support after the teenager rounded off a memorable weekend with his first Premier League goal.

Jones signed a new long-term contract with Liverpool on Saturday as a reward for his notable progression during the 2019-20 season.

He celebrated that new deal the following day by coming off the bench to net the clincher in the Reds' 2-0 victory over Aston Villa at Anfield on Sunday, opening his account in the English top flight.

Asked about the past two days, the Scouser told Liverpoolfc.com: "They could call it perfect.

"But, for me, I'm just grateful for the manager and the rest of the staff for having the belief in me and putting me out there when it was only 1-0 and Villa were playing well. I'm grateful for that but it's been a good week.

"He [Klopp] was just saying the usual, he knows that I'm good on the ball but it's about picking the right pass and knowing when to dribble.

"That's what I tried to do and hopefully the goal helped." 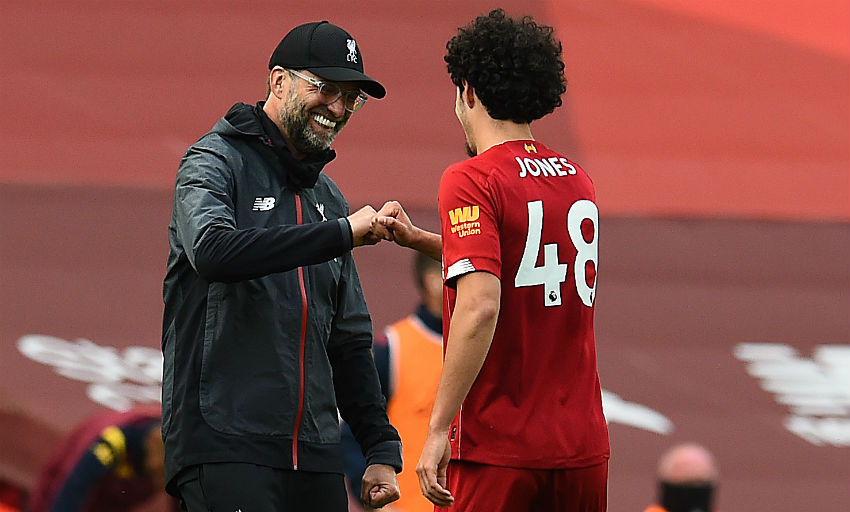 Jones now has 10 first-team appearances for his boyhood club and found the back of the net on three separate occasions.

Indeed, the No.48 is living out his dreams being in and around the Premier League champions and is determined to contribute in any way he can.

The 19-year-old continued: "I think for any young lad that's coming into the team like this, I think you've got to be confident, you've got to be brave and want to get on the ball. That's what I try and do.

"Growing up, I've always watched Liverpool and there's been some great players, including my idol Steven Gerrard and his team that he played in was great.

"But I definitely think that this is the greatest I've watched and I'm grateful to be part of it."