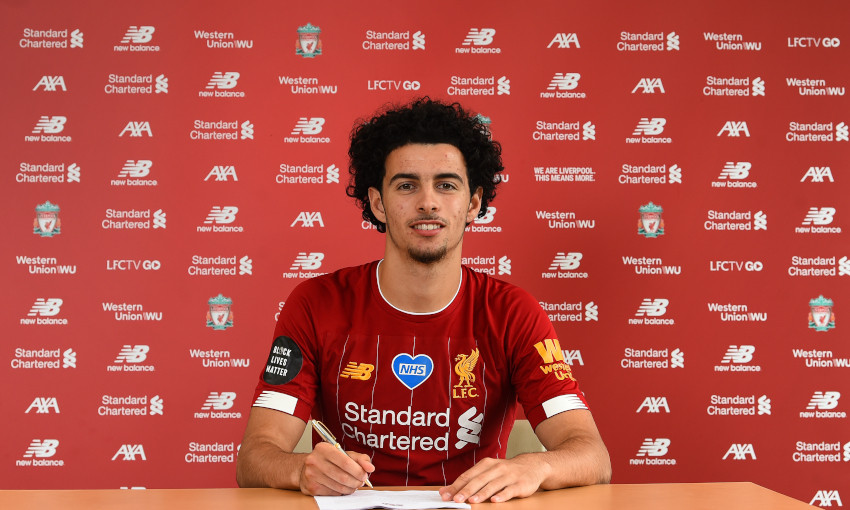 The Academy graduate put pen to paper on Saturday on a deal that extends an association with his boyhood club that began at U9 level.

Jones told Liverpoolfc.com: “For me, as everyone knows, it's massive.

“It's my boyhood club and it's the whole of my family's club as well, so for me it's huge.

“I think the environment and stuff is all positive and keeps me as positive as I can. Of course, we're working with a great manager and around the best team in the world, so for me it was easy and [I'm] extremely proud.”

The 2019-20 season has represented another campaign of progress for the 19-year-old Scouser, who made his Premier League debut as a substitute in the Reds’ 3-0 win at Bournemouth in December before scoring his maiden senior goal in unforgettable fashion a month later.

Jones’ magnificent long-range effort settled an FA Cup third-round tie with Everton at Anfield in Liverpool’s favour, with the playmaker going on to net again against Shrewsbury Town in the fourth round.

Another Premier League appearance – off the bench at West Ham United – followed and Jones subsequently became the club’s youngest ever captain (aged 19 and five days) by leading a youthful team out for the replay victory over Shrewsbury at Anfield.

Jürgen Klopp then started Jones in the fifth-round match versus Chelsea at Stamford Bridge; an appearance that took his total for the first team in 2019-20 to eight.

The teenager was an unused substitute for Liverpool’s 4-0 win over Crystal Palace 24 hours before their Premier League title was confirmed and also impressed hugely while captaining the Reds’ U23 and U19 sides this term, netting nine times in 14 Premier League 2 matches and five in four UEFA Youth League outings.

Jones added: “It's a perfect environment. I've got great boys around that help me every day – Hendo, Millie, Lallana, Fabinho, the whole of the team is perfect for me to watch every day in training.

“But to be involved with them, you pick up so many things and the detail in what they do and they do everything perfect – their professionalism around the place, it's perfect. So I'm picking up all that and taking it into my game and to me as a person. It's paying off right.”