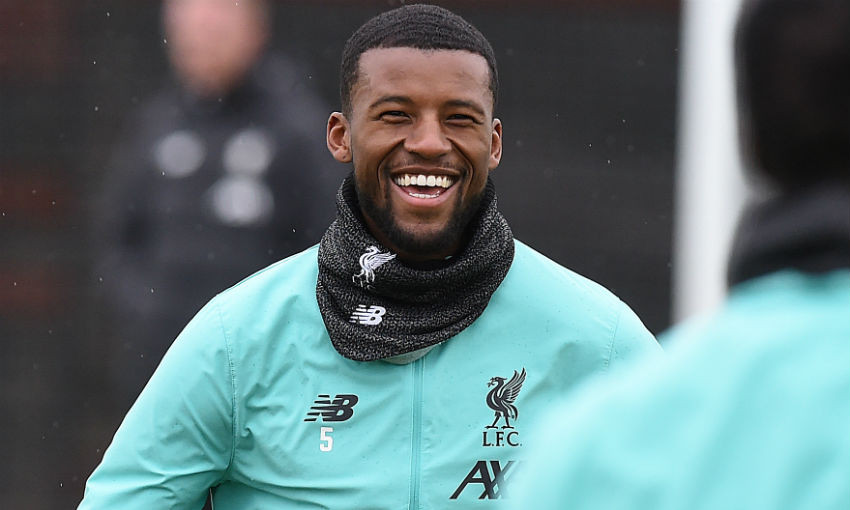 Georginio Wijnaldum is relishing the prospect of returning to training at Melwood.

Premier League clubs unanimously voted in favour of Step One of the division’s Return to Training Protocol - which enables squads to train in small groups while maintaining social distancing - on Monday.

Wijnaldum and his Liverpool teammates will therefore resume non-contact work at the club’s West Derby base on Wednesday, with sessions staggered throughout the day to ensure the protocol is adhered to.

“I’m really looking forward to that because you know, we all love football, we all love to play football, so we want to play as much as we can,” the Dutchman told Liverpoolfc.com.

“Also, the moment and the situation we were in was quite good so it was really hard for us [professionally] that it stopped immediately after the game against Atletico Madrid. In two months we didn’t do something and we are happy that we can start again.”

Jürgen Klopp’s squad have, of course, kept in touch via the Melwood staff WhatsApp group and regular video training sessions since Premier League football was suspended in March.

However, Wijnaldum can’t wait to see those familiar faces in person again.

“It’s still good that we spoke with each other on WhatsApp and in the team sessions on video, but to see them in person and talk to them and have a laugh, that is something different,” he said.

“So we all look forward to going back and to play football with each other. I think that’s the thing that we miss the most because now we had to train alone and we couldn’t do that much, but hopefully we can do more and we can play together instead of alone so we are really looking forward to doing things as a team again.”

And in terms of his own fitness, the midfielder feels ready to step up his training programme after working alone for the last couple of months.

Wijnaldum continued: “Yeah [I feel ready]. The results were also good because every time we do training the fitness team is looking at how we did and how fit we are, so everything is looking good.

“But of course it’s different when you are on the pitch and when you are playing with a team, different intensity and everything, so I think I am ready for it but we always have to see how ready and how far we are in our fitness.

“But that’s something for later. We are really happy that we can go on the pitch, play with each other and do the nice stuff because that’s what you miss the most and from there you can work to all the other things.”