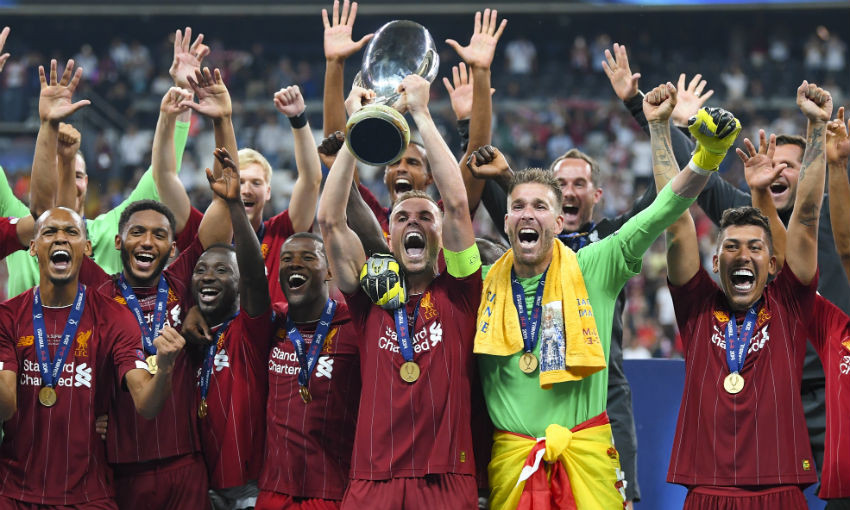 A fruitful August featured a perfect start to the Premier League season and UEFA Super Cup glory for Liverpool.

Having begun the month with a penalty shootout defeat by Manchester City in the FA Community Shield, the Reds bounced back immediately to beat Norwich City 4-1 at Anfield on the opening day of the top-flight campaign.

An own goal by Grant Hanley and strikes from Mohamed Salah, Divock Origi and Virgil van Dijk - who would be named UEFA Men's Player of the Year later in August - saw Jürgen Klopp's side surge into a four-goal, half-time lead.

An eventful first 45 minutes also saw Adrian make his debut for the club just four days after signing, the goalkeeper replacing the injured Alisson Becker for his first of 11 consecutive appearances in the league and Europe.

And, five days later, the Spaniard would prove to be Liverpool's hero in Istanbul.

Following a 2-2 draw after extra-time, the Reds overcame Chelsea on penalties to win the 2019 Super Cup. Adrian saved decisively from Tammy Abraham during the shootout.

Sadio Mane scored both of his team's goals at Besiktas Park and the No.10 was at it again upon their return to domestic duty.

Fewer than 72 hours on from playing 120 minutes in Turkey, Liverpool battled their way to a hard-fought 2-1 success at Southampton, thanks to Mane's emphatic opener and Roberto Firmino's clinical finish.

Two more Premier League victories would follow before August was over.

First, Arsenal were overwhelmed at Anfield, with Klopp - who would later be named the division's Manager of the Month - stating after an authoritative 3-1 win: "I loved the desire, the passion, the power and the energy that we put into this game."

A week later, the Reds rounded off the month by making it 12 points from four league outings as Burnley were brushed aside 3-0 at Turf Moor.

Off the pitch in August, meanwhile, Alex Oxlade-Chamberlain and Curtis Jones each committed their futures to the club by signing new long-term contracts, and Andy Lonergan agreed a short-term deal.