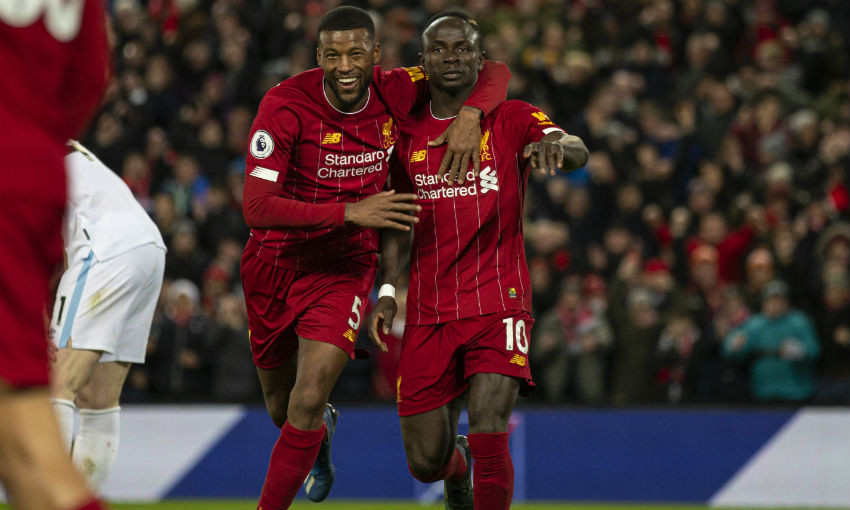 Georginio Wijnaldum believes Liverpool displayed their ever-growing maturity to come from behind and beat West Ham United 3-2 on Monday evening.

The Reds regained their 22-point lead at the top of the Premier League after Sadio Mane's late finish settled the five-goal thriller at Anfield.

Facing a 2-1 deficit after Pablo Fornals netted for the Hammers early in the second half, Wijnaldum and his teammates battled back to record their 18th consecutive top-flight win.

"We just want to continue this run we’re in right now," the No.5 told Liverpoolfc.com post-match. "We know what we have to do, we don’t want to leave it with this, we just want to carry on and try to keep the good momentum.

"We work really hard for it and hopefully we can keep it until the end of the season."

On the squad's ability to find a way to win, Wijnaldum – who opened the scoring with a header early on – continued: "I also have to say we work really hard for that, to have it the way it is right now.

"If you go back a few years ago, we made mistakes. But we learned from the mistakes we made and I think that’s why we are so good right now – we have a team that has played with each other for a few years.

"During the years we learned a lot and that’s why we are so good right now."

Liverpool's route to victory was helped massively by contributions in the final third from full-backs Trent Alexander-Arnold and Andy Robertson.

Alexander-Arnold racked up two assists on the night to equal his record-breaking tally from last season, while his partner on the opposite flank set up Mohamed Salah's goal that made it 2-2.

Wijnaldum acknowledges having such productive defenders in the side is a blessing, but also offered the caveat that they're both aided by those around them.

He stated: "It is [a privilege] for everyone. But I think the team helps also to play like that, the way we set the team up when they are attacking – that they can attack with freedom and someone protects them when they lose the ball.

"I don’t think it’s only the strikers or the midfielders or the defenders or the goalkeeper, as a team we do it quite well and we try to help each other so everyone can use their quality. That’s what we do.