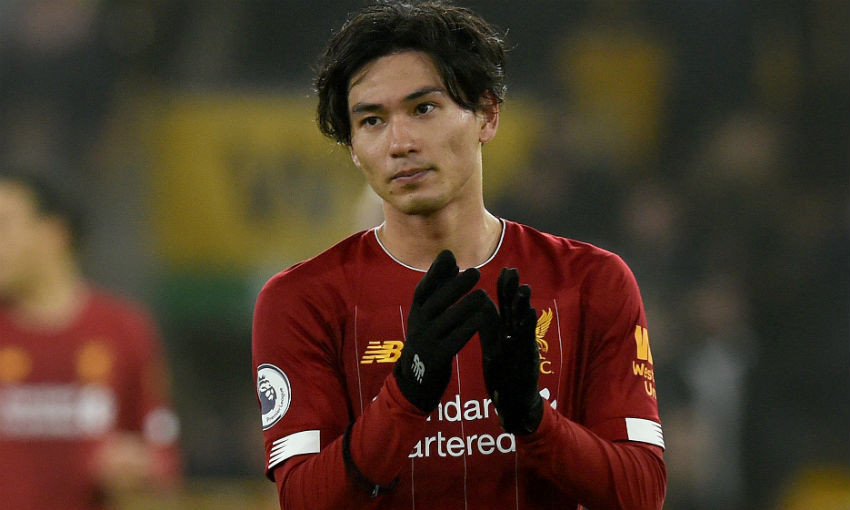 Takumi Minamino knew all about the quality of the squad he was joining.

After all, the Japan international played against, and lost to, Liverpool twice in the months preceding his transfer from Salzburg.

However, it’s another collective attribute that has stood out to Minamino during his nascent Reds career; something else he’s noticed in an ‘enjoyable’ first month of working with the European and world champions.

The No.18 told Liverpoolfc.com at Melwood: “Liverpool is a top-class team. Even in training I can see the very high quality and in the games we don’t feel like losing. But the resilience of the team, I am feeling that much stronger than before I joined.

That was a very significant game for me. It was a difficult game, but we could win! I will keep on fighting till the end!!

Minamino has played three times for his new club so far, with two FA Cup appearances sandwiching a Premier League debut at Wolverhampton Wanderers last week - and the style of English football has come as no surprise to him.

“It is characteristic that English football has got very high intensity and is very physically tough, but that is what I expected and I have to adapt to it as quickly as possible and then I have to start playing in this style,” the 25-year-old stated.

Following last Sunday’s 2-2 draw with Shrewsbury Town, Minamino offered a self-effacing critique of his performance in which he mentioned a need to be ‘more aggressive’.

He explained: “Yes, because I am an attacking player I have to show my attitude that I always go for shots and goals, and this is what I meant. I should have done that.”

Liverpool’s next assignment sees Southampton visit Anfield, with Jürgen Klopp’s team able to open up a 22-point lead at the top of the Premier League by registering yet another victory.

The bigger picture, though, is not being considered within the Reds’ dressing room.

“We are all focused 100 per cent on the next match and we always prepare 100 per cent for getting the next three points,” Minamino said.

“I don’t think any player is talking about winning the league yet.”

Saints arrive on Merseyside in fine form, having won their last four Premier League away games, leading Minamino to anticipate a challenging afternoon.

“It will definitely be a tough game,” he acknowledged.

“I know Southampton have been getting better in recent games so, as usual, we just need to prepare for it and play at 100 per cent.”

'Takumi Minamino has settled into life at Liverpool'