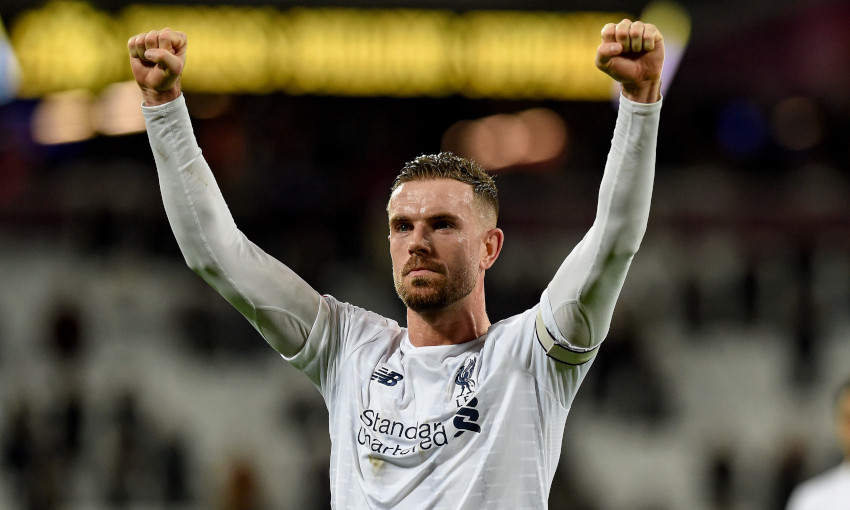 Liverpool took a 19-point lead at the top of the Premier League by beating West Ham United through goals from Mohamed Salah and Alex Oxlade-Chamberlain on Wednesday night.

The Reds’ game in hand ended with a 23rd win from 24 fixtures this season as they maintain a record-breaking pace in their quest for the title.

Here are five talking points from the capital…

It has been a recurring theme in recent months, but no less worthy of further note: Jordan Henderson continues to set the standards at the centre of the Liverpool team.

Six days after providing a goal and an assist in the win at Wolverhampton Wanderers, here the captain’s careful, lofted pass turned the possibility of a counter-attack into reality as Salah fed Oxlade-Chamberlain for 2-0 in the second half.

“We have people like Hendo, who just keeps us going, keeps pushing and keeps the standards high,” said Oxlade-Chamberlain post-match in an assessment based on the skipper’s actions as much as words. 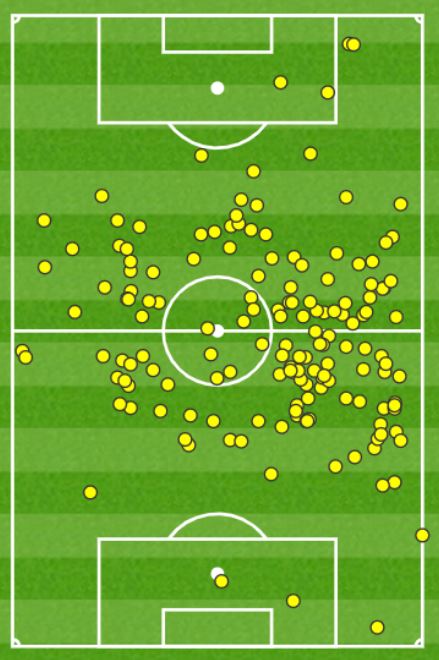 Liverpool had beaten each of the 18 sides they had previously faced in the Premier League this season and the trip to London Stadium provided a first chance to complete the set.

The fixture, originally scheduled for December, was postponed as the Reds participated in – and, of course, won – the FIFA Club World Cup in Qatar.

And while such records are not on the manager’s radar, the 2-0 victory over the Hammers made sure the feat was achieved for the first time in the top flight in club history.

Salah is top of the charts

Salah’s first-half penalty – clinically dispatched inside the right post for his ninth successful spot-kick conversion in a row for the Reds – was the Egyptian’s 66th Premier League goal since the beginning of 2017-18.

That’s the highest tally of any player in the division.

The No.11’s incisive pass to set up Oxlade-Chamberlain for the second strike of the night meant, in the same period of time, he has scored and assisted in the same match on 14 occasions – five more than anyone else.

Salah also inched ahead of Sadio Mane in the Liverpool scoring chart for the current season, with 16 to his fellow forward’s 15. Roberto Firmino is third with 10. 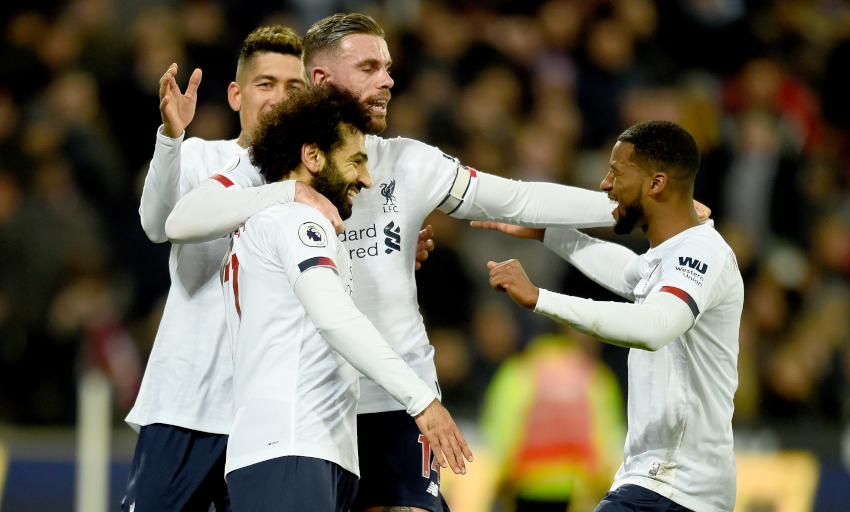 “It was nice to see that one go in,” said Oxlade-Chamberlain of his 52nd-minute finish. “I don’t always find myself in that position so it was nice.”

Indeed, the midfielder has made a habit of the more spectacular with his goals this season, not least the delicate flick with the outside of his boot at Genk and the dipping blast against former club Arsenal at Anfield.

In fact, only the aforementioned front three of Firmino, Mane and Salah have netted more often than Oxlade-Chamberlain for Liverpool this term.

Alisson keeps them out

Despite Liverpool securing a two-goal advantage early in the second half, it is fair to say they required their goalkeeper to preserve it.

Alisson Becker had already pushed a low curler from Robert Snodgrass around the post before repelling a Declan Rice drive and then tipping away a dangerous header from the same player with a full-stretch dive.

It was an eighth clean sheet in his last nine Premier League appearances for the Golden Glove holder, who has quietly moved level at the top of the division’s shutout list alongside Ben Foster, Dean Henderson, Nick Pope and Kasper Schmeichel.

“We are already focused on the next game that we have on Saturday,” said the No.1 after the final whistle. “The next challenge is the most important of the season. We’ll try to do our best to win everything.

Xherdan Shaqiri: You always try to change the game as a sub