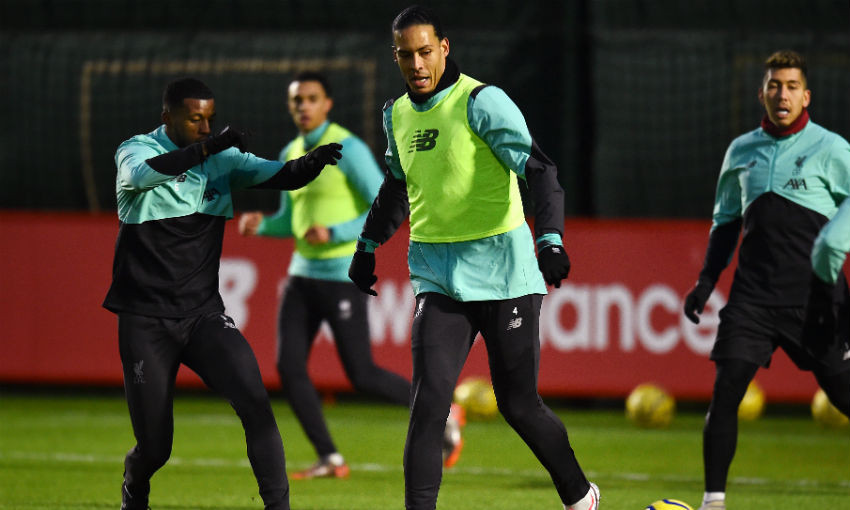 Liverpool will be without Sadio Mane for tonight's encounter with West Ham United in the Premier League.

The forward is expected to sit out the fixture at London Stadium and Saturday's home game against Southampton due to a muscle injury.

However, Jürgen Klopp revealed the issue Mane sustained during last week's victory at Wolverhampton Wanderers isn't one that will sideline him for an extended period of time.

"Sadio will not be involved for West Ham and probably not for Southampton," the boss said. "After that he should be then fine.

"The week we have then after that is for him perfect to get back on track.

"He has a small muscle tear, which is serious enough to keep him out. We were lucky with the injury as well, so it was not that serious."

Liverpool will make checks on the fitness of both Adam Lallana and Xherdan Shaqiri ahead of the meeting with the Hammers, who are currently 17th in the league standings.

Lallana has missed the past two matches due to a virus, while Shaqiri picked up a minor calf issue earlier this month.

But James Milner is likely to sit out the West Ham clash with the muscular injury he sustained in the third round of the FA Cup. Nathaniel Clyne remains a long-term absentee for the Reds.

Inside Training: Reds prepare for West Ham trip at Melwood

West Ham, meanwhile, could be boosted by the returns of first-choice goalkeeper Lukasz Fabianski and midfielder Robert Snodgrass.

"We've still got one or two people out," Hammers boss David Moyes said at his pre-match press conference. "There's some good news in that Fabianski is very close and could feature.

"I'm just going to make that call tomorrow [Wednesday] and see how he is. But he's trained for the last few days. It would be good to get him back.

"Snodgrass has trained today [Tuesday]. He's had a bit of a ligament injury. We're hoping Snoddy is going to be OK as well."

Winger Felipe Anderson has missed the last three matches with a back injury, while Ryan Fredericks (hamstring) and Andriy Yarmolenko (thigh) are expected to be ruled out. Jack Wilshere (groin) has not featured since October.