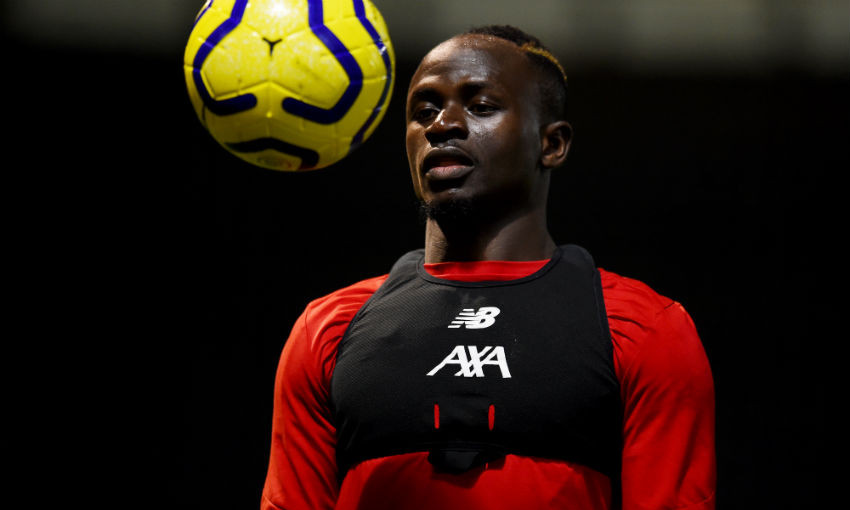 Sadio Mane has vowed he and his Liverpool teammates will give absolutely everything they've got in order to deliver more silverware to Anfield this season.

The Reds possess a 13-point lead at the top of the Premier League, with two games in hand on second-placed Manchester City, ahead of Thursday's visit to Wolverhampton Wanderers.

But with plenty of the campaign left to play, Mane insists Jürgen Klopp's side remain laser-focused on tackling each challenge as it comes.

The No.10 told Liverpoolfc.com: "Until the team is successful and I'm also successful, for me I think it's necessary to sacrifice myself to give everything possible for the team, and the team will give me [that] back for sure – every single player.

"For sure we achieved things and we want to achieve more and big things with this club. We want to win trophies – Premier League, Champions League again, which won't be easy, we all know that.

"But what you have seen in these last few years, everything is possible and we can do it and do it again. We just need to be hungry in a good way and push ourselves until the end.

"We got more belief and we get more confidence and we said, 'Everything is possible, why not try? We all want to win things, so why can't we make it together and do it?' I think that's working very well."

The attitude and work ethic displayed on a daily basis at Melwood leave Mane confident about maintaining the standards set so far in 2019-20.

Liverpool have claimed 64 points from a possible 66 in the top flight this term, while lifting the FIFA Club World Cup and UEFA Super Cup, in addition to reaching the knockout rounds of the Champions League.

"For sure, they [the supporters] only see what we are doing on pitch every single weekend and the success as well," Mane continued. "But the work starts with yourself at home professionally and hard work on the training ground.

"You can see, every single day from day one when I came to Liverpool, players want to improve more and want to get better and better.

"You can see the gym one hour before training is completely full. I think that's a very, very big sign for the club because everybody wants to play and everyone wants to be the best. I think that makes things special.

"From the training ground, everything starts there and it's just really important. It's normal that fans are getting so excited to see the team playing well and being successful. That's why we are working every single day."

The Reds head to Molineux having faced Nuno Espirito Santo's side in late December, securing a 1-0 victory thanks to Mane's first-half finish.

"After all, we know we also have a good team and I think we now have experience in the Premier League. We know this kind of game won't be easy but we also know how to deal with this kind of game, which is another advantage for us.

"It won't be easy and we'll take it very, very seriously because for us now, [it's about] just taking [it] game by game without making pressure for ourselves and play every single game like a final. If you want to achieve things, you have to do it."