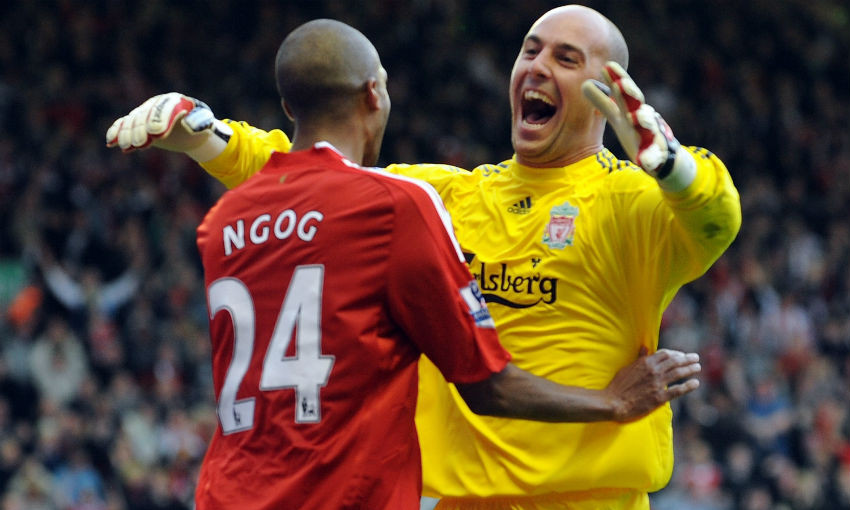 It was only during the second viewing of Mohamed Salah's clincher against Manchester United when the memories came flooding back for David Ngog.

A rapid counter-attack, a cool finish in front of the Kop to defeat United and your own goalkeeper hurtling to kick-start the celebrations is nothing new to Ngog.

But on Sunday after Salah netted, the former Red was just happy Jürgen Klopp's side had wrapped up an important three points in the Premier League.

The replays, however, triggered a flashback to October 2009 when Ngog put the finishing touches on a 2-0 win over Liverpool's arch-rivals in extremely similar fashion before being embraced by Pepe Reina.

"It's unbelievable how close it is," Ngog remarks in a conversation with Liverpoolfc.com. "It's different play of course – he has a longer run and he read it well against the defender.

"But that was in the last minute, against Man United, it brings back memories.

"I was at home but I was with my family as well. I saw the two goals and I was happy because it's Liverpool and it's really important this season. It was exciting. To be honest, at that time I was just watching, not thinking about the goal before.

"But when I saw the replay and saw it was similar – and the celebration, of course, with Alisson running. It was really, really funny to watch."

Over a decade on, those scenes after his United goal are fresh and clear in Ngog's mind.

"I think it was one of my great memories when I was in Liverpool," the 30-year-old adds. "Especially the celebration with Pepe, who was a great teammate, a great player, goalkeeper and a great guy.

"It was a surprise for me to see Pepe when I turned back to celebrate! Afterwards, it was just joy and you want to share with the fans and everybody. It was a great memory.

"The celebration is one of the best and it's just improvisation. You don't really prepare for it, it just happens in the moment." 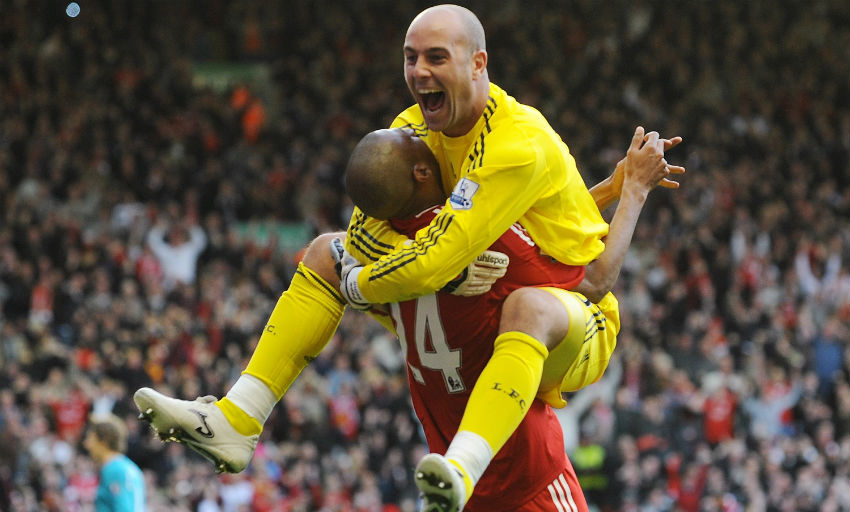 In between his current commitments for Hungarian side Budapest Honved, Ngog is fond of watching Klopp's team in action.

He, like most of the footballing world, has been taken aback by the quality and consistency of the reigning European and world champions.

"They're in the best position possible," Ngog states. "I think Jürgen Klopp did a great job in getting everyone involved.

"They play with a lot of energy and it's just great to watch. I really hope – and I think – they will succeed this season."

Ngog's affiliation with the Reds began in the summer of 2008 when he transferred from Paris Saint-Germain at the age of 19 and he proceeded to score 19 goals in 94 appearances for the club.

His spell on Merseyside ended in 2011 when he moved to Bolton Wanderers before going on to represent Swansea City, Stade de Reims, Greek side Panionios and Ross County afterwards.

"I was in at a young age and had plenty to prove," Ngog responds when asked to summarise his Liverpool career. "I was surrounded by great players with great experience and I think I learned a lot from it.

"For me, it's all good memories. Of course you always want to do more but for me at that age it was a good achievement for me in my life and my career."