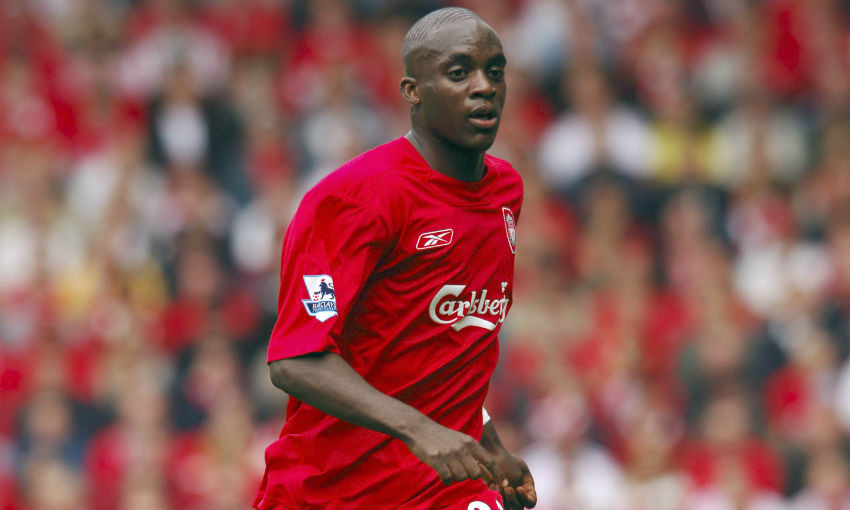 Momo Sissoko has paid tribute to 'all the love' he received from Liverpool supporters throughout his career after announcing his retirement from the game.

The 34-year-old has made the decision to hang up his boots, having represented a host of clubs during his time in football, including Juventus and Paris Saint-Germain.

The midfielder made 87 appearances across three seasons for the Reds between July 2005 and January 2008, and was a popular figure among those in the stands.

Asked whether he had a message for fans, Sissoko told Liverpoolfc.com: "The response is easy: Thanks for all the love, thanks for everything. I'm very proud to be part of the Liverpool family.

"I came to a family team like Liverpool. I want to thank everyone in Liverpool, all of the supporters over the world.

"What they give me every day on social media is amazing. To be honest, for a football player, it's a very special thing. I'm very happy for all the love of the Liverpool supporters."

Sissoko was an important figure in the Rafael Benitez side that won the FA Cup in 2006 after beating West Ham United in the Cardiff final.

"This game was amazing and we won the title for Liverpool and for all the supporters," he reflected. "I think that was the best moment in my time at Liverpool.

"A lot of good memories. I won some titles, I played with big, big players like Gerrard, Xabi Alonso, Luis Garcia. Just for this, I'm very happy.

"Also I played in Anfield – this for a player is amazing."

The former Mali international has been inundated with messages after the announcement was made on Monday night.

He hopes to stay involved in football in some capacity and is keen on making a return to Anfield to watch Jürgen Klopp's side in action.

Sissoko concluded: "I want to enjoy [time] with my sons, with my family. Step by step, I want to be involved in football, not a coach but I would like to be a sporting director.

"Now I have time to come over to Liverpool. I watch Liverpool all the time and they are an amazing team with one very big manager in Klopp.

"To be honest, this Liverpool team is ready to make history for Liverpool."