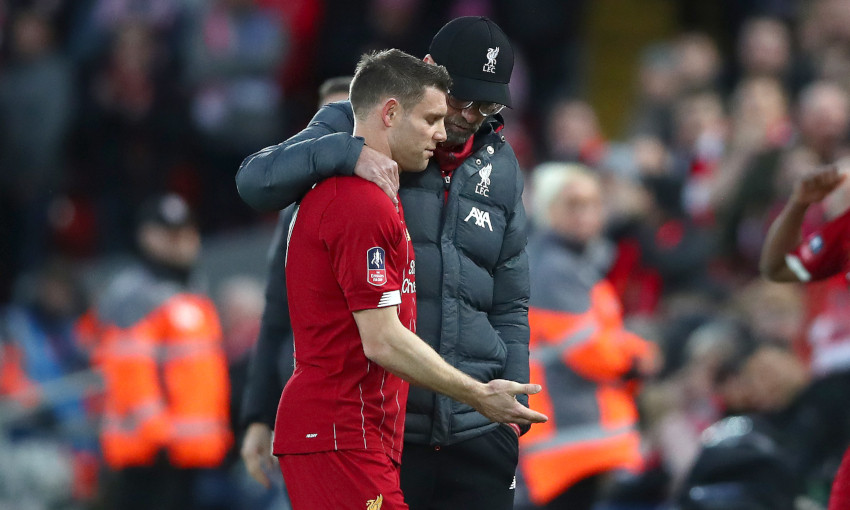 Liverpool are waiting to discover the extent of a muscle issue that forced James Milner from the field in the early stages of Sunday’s 1-0 FA Cup third-round victory over Everton.

The No.7 was required to limp out of the action after just nine minutes of play at Anfield having picked up an injury during an attempted challenge.

Milner will now be assessed by the club’s medical department to determine the severity of the problem.

Jürgen Klopp told his post-match press conference: “Two players started the last game and one of them got injured, so that’s the situation we are in. That’s why a lot of managers make a lot of changes; it’s nothing to do with the cup, it’s the timing.