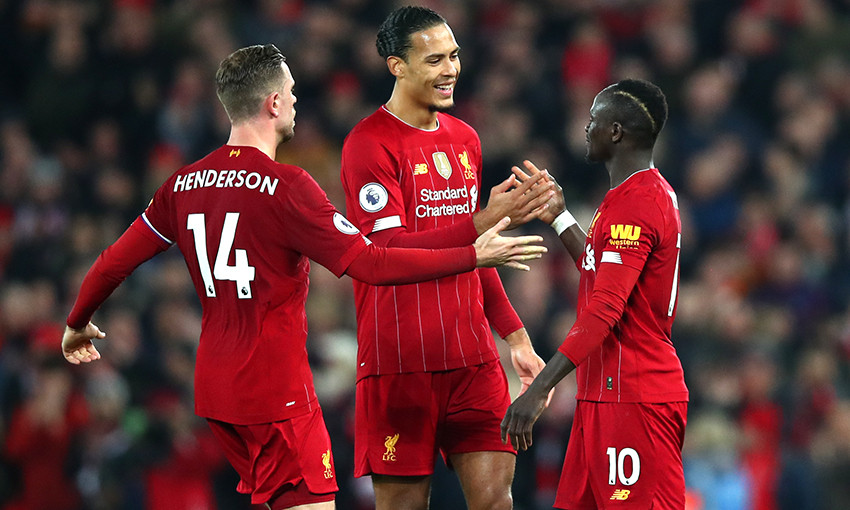 Sadio Mane's first-half strike earned Liverpool a hard-fought 1-0 win over Wolverhampton Wanderers at Anfield on Sunday as the Reds ended the year 13 points clear at the top of the Premier League.

The Senegal striker swept home on 42 minutes after Adam Lallana nudged on a trademark raking pass out from defence by Virgil van Dijk as the Reds held on to take all three points.

To put that incredible run into perspective, it is only the third time in English top-flight history that any side has reached the landmark – and one of those was Liverpool.

Having now reached the halfway point of the 2019-20 campaign, with 19 matches gone, Klopp's side have eight more home games to go to close out the season unbeaten at Anfield.

It starts with Sheffield United in their first game of 2020, on January 2. 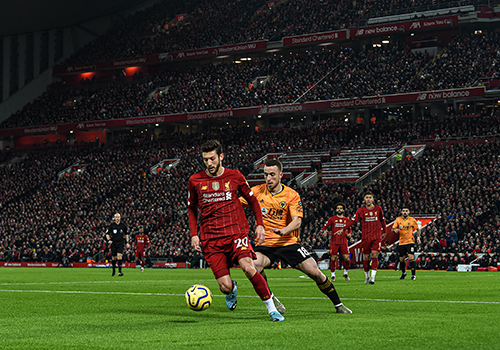 Klopp intimated in his pre-match press conference that he could introduce some 'fresh legs' into the team for the game against Wolves, similar to the five he made against Everton at the start of December.

However, despite the Reds playing two games in three days following their return from the FIFA Club World Cup, the boss just made one change to the side that beat Leicester City 4-0 on Boxing Day – but it was a vital one.

Adam Lallana came in to replace Naby Keita in midfield and the Englishman provided the all-important assist for Mane's winning goal.

It came in an unconventional manner as the LFC No.20 improvised a through ball off his shoulder after squeezing between two defenders to reach Van Dijk's lofted pass.

After a VAR check confirmed it was his shoulder and not his arm that provided the key pass for Mane, the goal stood and Lallana could claim his first assist for a Premier League goal since December 2016.

Match-winner Mane made his 150th appearance for the Reds in all competitions on Sunday and so it was a fitting moment to end his mini goal-drought.

It's a mark of the forward's prolific output for the Reds that a four-game stint without finding the net can be thought of in such terms.

Mane did provide three assists during that time, though, including teeing-up the winner for Roberto Firmino in the Club World Cup final.

His strike against Wolves saw the Senegalese become only the second player to be directly involved in 30 Premier League goals during 2019.

His 24 goals and six assists are just behind Leicester's Jamie Vardy, who has had a hand in 34 Premier League goals. 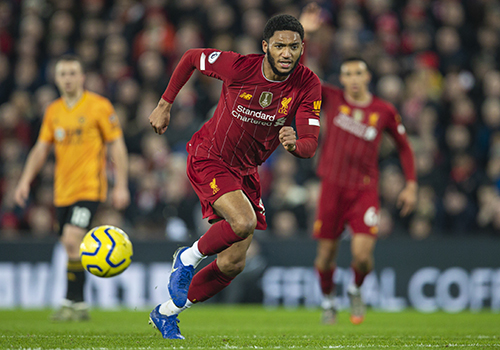 You could throw in another shut-out from the Club World Cup final, too, when the 22-year-old centre-back was simply imperious against Flamengo.

Gomez was at his best again against Wolves on Sunday, leading the team with 95 passes, two interceptions and one key block as he showcased both the defensive and attacking facets of his game.

With Joel Matip and Dejan Lovren out injured, the youngster has certainly seized his chance to shine alongside Van Dijk, who made his 100th appearance for the Reds.

So much so that former Arsenal defender turned BBC Sport pundit Martin Keown declared the partnership: "As good as anything you are ever going to see in the Premier League."

"I think these are the best two available," the former Gunner told Match of the Day. "They’re magnificent." 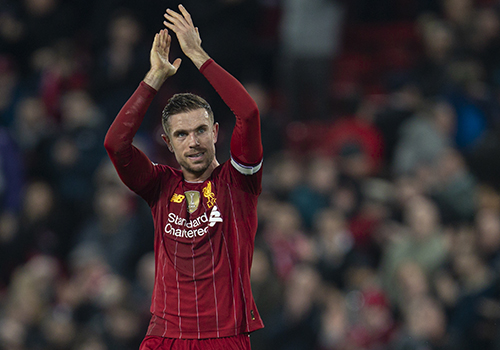 Liverpool wore the gold FIFA Champions Badge for the very first time on Sunday and it was somewhat fitting that it was Jordan Henderson who led out the Reds on what was also a landmark day for the captain.

Eight days after leading the side to victory in the Club World Cup final in Qatar, the midfielder made his 350th appearance for Liverpool in all competitions.

He also set a Premier League record for the decade. Henderson's 308th top-flight appearance since the start of 2010 is more than any other player in the competition in the last 10 years.

Henderson, who joined Liverpool from his hometown club Sunderland in 2011, has made 257 of those Premier League appearances for the Reds.

Inside Wolves: An alternative look at Liverpool's win at Molineux

Diogo Jota: Let's think about ourselves and do our job