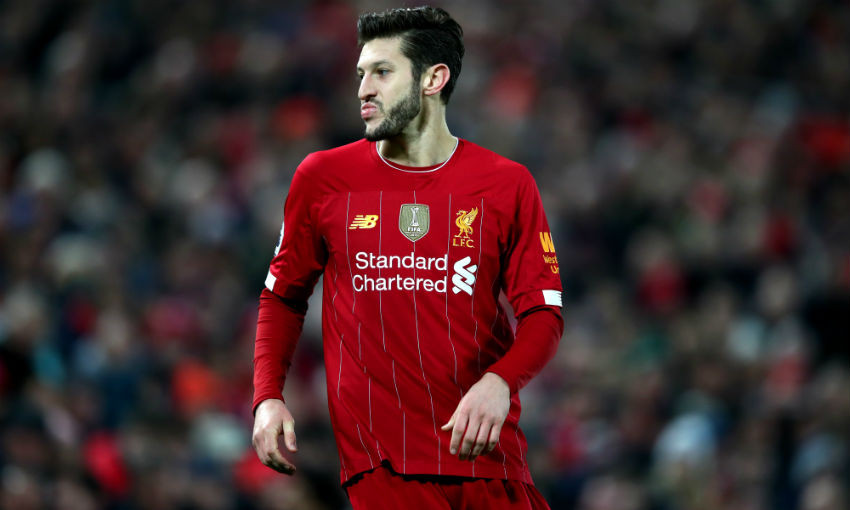 Adam Lallana has stressed Liverpool need to enter the New Year in exactly the same manner they finished 2019.

Victory over Wolverhampton Wanderers on Sunday saw the Reds restore their 13-point advantage at the top of the Premier League to go the entire calendar year unbeaten at Anfield.

But Lallana insists a collective effort from every member of Jürgen Klopp's squad is required to keep the momentum going in the second half of the season.

The No.20 told Liverpoolfc.com: "It's a squad game and I've said before that we're going to need everybody.

"We've got a few injuries at the time being and three or four kids on the bench, it's a great experience for them being involved and so close to what's been a special season so far.

"We can't take our foot off the gas. We've got a couple of huge games at home in the next week – Sheffield United, who have had a fantastic season, and then the derby in the cup. A couple of big games that we can see in the next week.

“It's important we recover because we've had a few injuries and it's important that we get everybody back fit as quickly as possible.

"We want to maintain that form going into the New Year and keep Anfield a fortress."

Sadio Mane's first-half goal was enough to give Liverpool the win on Sunday after Wolves had an equaliser ruled out by VAR for offside.

Lallana acknowledged it wasn't a vintage performance from the Reds, but detailed how it's in the team's DNA to constantly look for improvements.

"We'll look back when we analyse the game and we can do better, we can improve better mentally and physically. I think we can make life easier for us, keep the ball better.

"But that's the attitude we want to have. We don't want to just win and think, 'Ah, we got away with that'. I think we can be better and I think it's important we have that attitude moving forward."