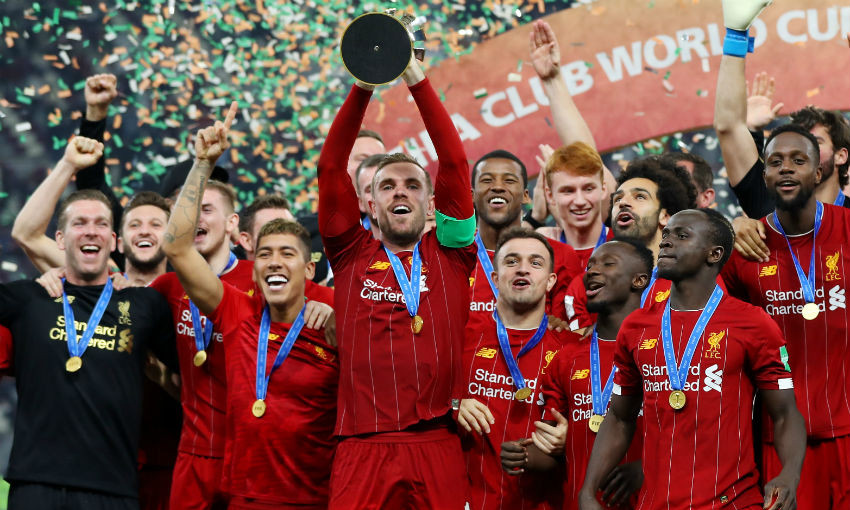 Liverpool will debut the gold FIFA Champions Badge during Sunday's encounter with Wolverhampton Wanderers at Anfield.

Jürgen Klopp's side will wear the emblem on their shirts for a one-off occasion in the Premier League.

The Reds earned the logo – 78 millimetres by 57 millimetres in size – after winning the FIFA Club World Cup for the first time in Qatar last weekend.

The team will also sport the badge for matches in the Champions League.

A FIFA spokesperson told Liverpoolfc.com last week: "As per the usage guidelines, the winning team can wear the FIFA World Champions Badge from the day it becomes champions up to and including the final of the next edition of the tournament."

Inside Wolves: Watch the Reds' FA Cup win from a unique perspective