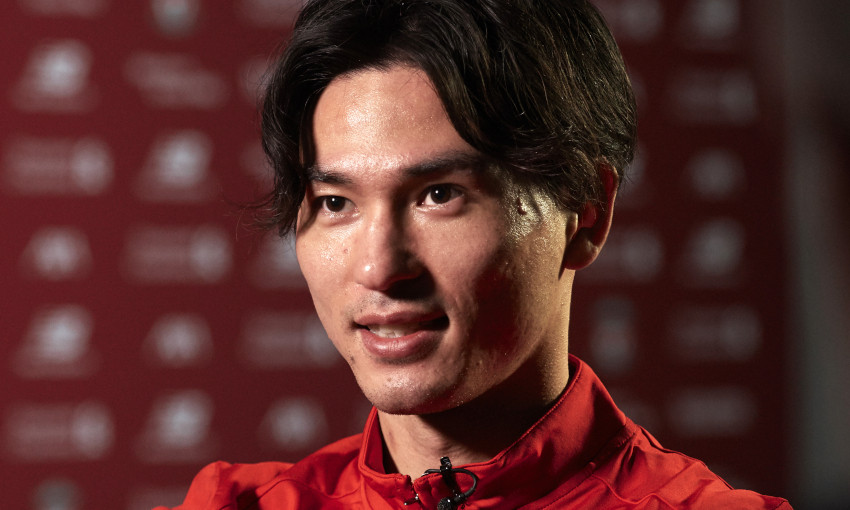 Takumi Minamino is determined to hit the ground running when he officially becomes a Liverpool player on January 1, as he aims to bring his trophy-winning habit with him from Red Bull Salzburg.

After five years in the Austrian Bundesliga, each of which included title success, the 24-year-old Japan international will bolster Jürgen Klopp’s squad for the second half of the season.

Minamino completed a medical and signed a long-term deal with the Reds at Melwood on Wednesday after the two clubs reached an agreement for his transfer.

He also sat down with Liverpoolfc.com for an exclusive interview to discuss his ambitions at Anfield, the prospect of working with Klopp and how his two appearances against Liverpool this term have only inspired him more.

Takumi, welcome to Liverpool Football Club – talk us through your emotions at the moment…

It has been a dream, my dream to become a Liverpool player. And I’m so excited that the moment has come true. I’ve known about it for a while.

Have you had chance to say thank you and goodbye to Salzburg?

Salzburg is a very important club for me. I managed my messages – thank you and goodbye – to my teammates, the manager and the fans in Salzburg.

Liverpool fans have been eagerly anticipating your arrival. Have you seen the excitement online? How does it make you feel?

Yes, I have seen and heard about the fans’ excitement. But I was calm. Liverpool is a very famous team in Japan as well and it is a dream for a football player to play in such a team. It didn’t take me long to come to a decision. 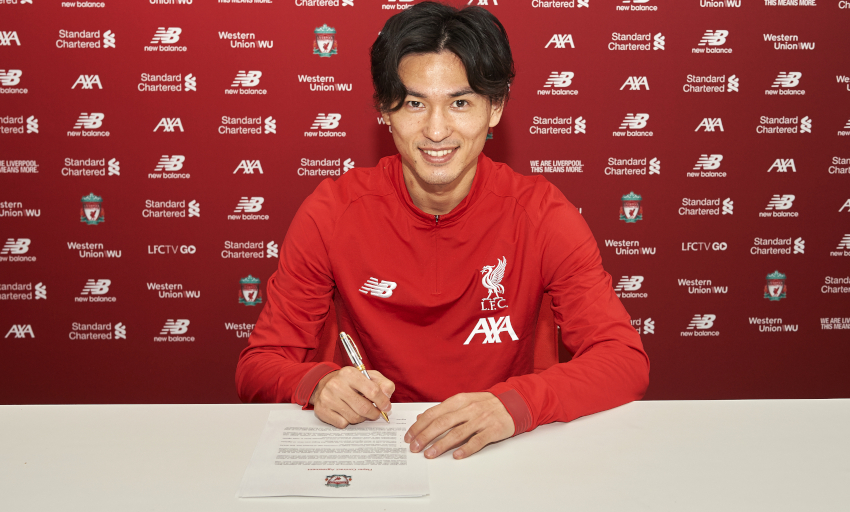 You played with Naby Keita for 18 months at Salzburg – have you spoken to him about what it’s like at Liverpool?

I haven’t spoken to him about me coming here. I know him and he knows me and I’m looking forward to playing with him again.

How do you see the transition to Premier League football? Is it a natural step for you?

You have obviously been in outstanding form for Salzburg, so do you believe you can make an instant impact from January?

Once I’m part of the team, from the moment I’m given the chance to play I’m intending to make a contribution to this team. For me to be able to do that I’m going to do my very best.

There’s clearly a lot of competition for places here. Will you relish pushing the likes of Mohamed Salah, Sadio Mane and Roberto Firmino?

Not only them, there are many world-class players here and of course it’s not an easy challenge. It’s not easy to overtake those players to get a position but having the mentality of challenging those players is important to keep the team’s high level. That sort of mentality is important for the team and I certainly will play with that mentality. 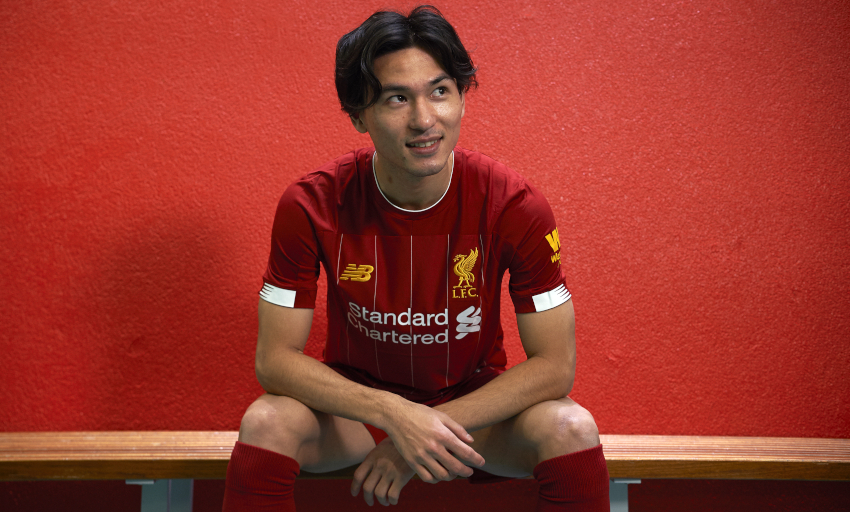 You’ve played against Liverpool twice this season. What did you learn from those games? What excites you most about becoming part of the team?

From those games I learned this team has such a high level of technique and intensity. Their football is of such a high level and I did feel that they were the champions of the Champions League. Feeling that, it makes me feel even happier that I can play in this team. I’m really happy to be part of that team.

And you experienced Anfield in October. What did you make of the stadium?

Anfield is a famous stadium in Japan. I think it’s a special stadium, especially in terms of the atmosphere of the fans and also the tradition and history of the stadium. I played against Liverpool when I played here, I do remember the atmosphere was fantastic.

How much are you looking forward to working with Jürgen Klopp and how do you think he will influence your game to improve more?

I’m looking forward to working with Jürgen Klopp, I think one of my strengths will be to be able to communicate with him in German – because I speak a bit of German – and I’m really looking forward to it. I think he is one of the best managers in the world and I always want to improve myself, so it would be great if I could make a contribution to the growth of the team and myself.

You’ve become used to winning at Salzburg. Do you see that mentality in your new teammates?

I think they do have it. Liverpool are a [top] Premier League team and they won the Champions League last year. I think the team has the same winning mentality, they know how to fight. In that regard, I would like to soak up some of their mentality.

You’re on track for your best ever goalscoring season – how much room for improvement do you still have?

I’m an offensive player so I always want to assist and score goals. I would like to maintain that quality and the number of situations that directly lead to more goals and assists. I think that is my strength, so I would like to show that strength of mine in this team. 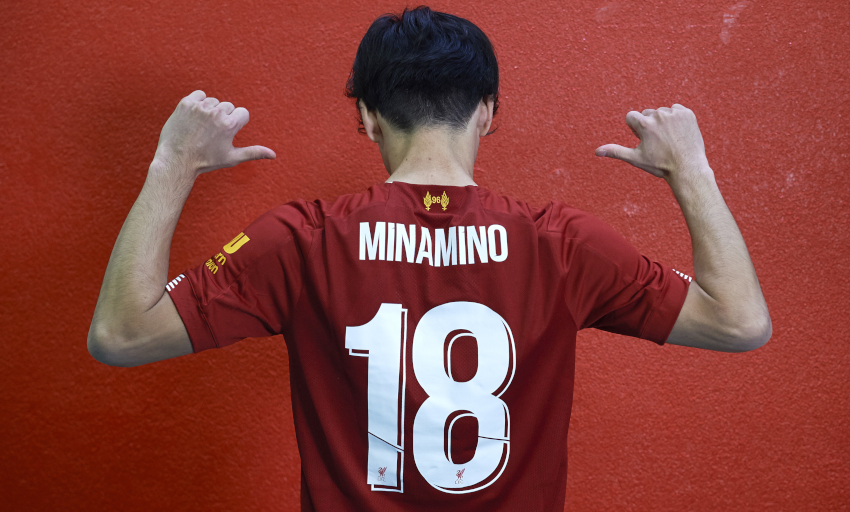 What are your targets and ambitions for your time with Liverpool?

To win the Premier League and the Champions League, and to make good contributions to the team. That is my target.

Finally, what is your message to the Liverpool fans?