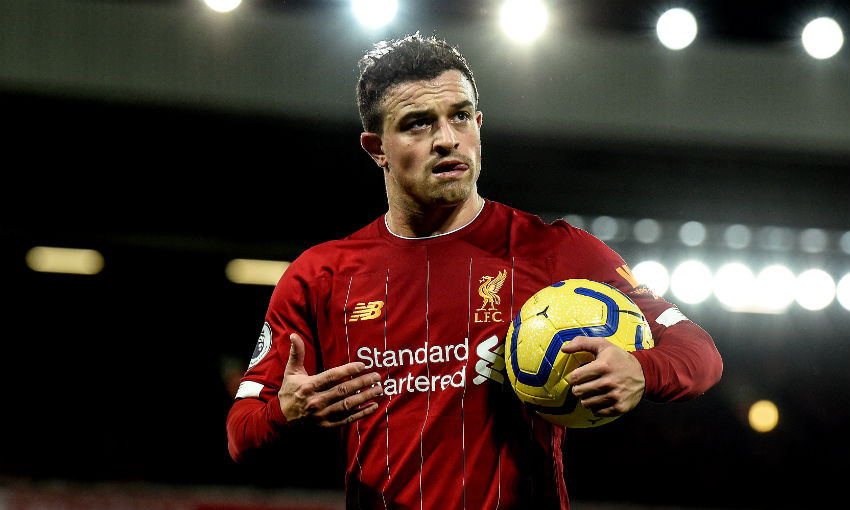 Xherdan Shaqiri feels 100 per cent fit and ready to impact Liverpool’s busiest period of the season.

Having been unavailable for much of the campaign due to a calf injury, the Swiss was forced to wait until early December to make his first start in 2019-20.

He duly marked the occasion with an impressive 90-minute display that was crowned with a fine goal as Everton were beaten 5-2 at Anfield last week.

Saturday’s meeting with Watford will see the Reds reach the halfway point of a demanding run of 14 fixtures across five separate competitions in the space of just six weeks.

And, with his calf issue now behind him, Shaqiri has outlined his desire to build on a Merseyside derby showing described as ‘incredible’ by Jürgen Klopp.

“[I’m] definitely 100 per cent [fit]. Obviously I needed one or two weeks to train but of course I am happy and feeling good so I’m ready,” the No.23 told Liverpoolfc.com at Melwood.

“I feel good, I feel in shape and I think you saw that against Everton. I’m very happy that I played and got some minutes because I went out for a few weeks.

“I was very happy firstly that I played from the beginning and I wanted to give a good performance. I was very happy and to come back with a goal in the derby was amazing, [something] I’ll never forget.

“But I am looking forward now to the next games. I’m feeling good and I hope for many more.” 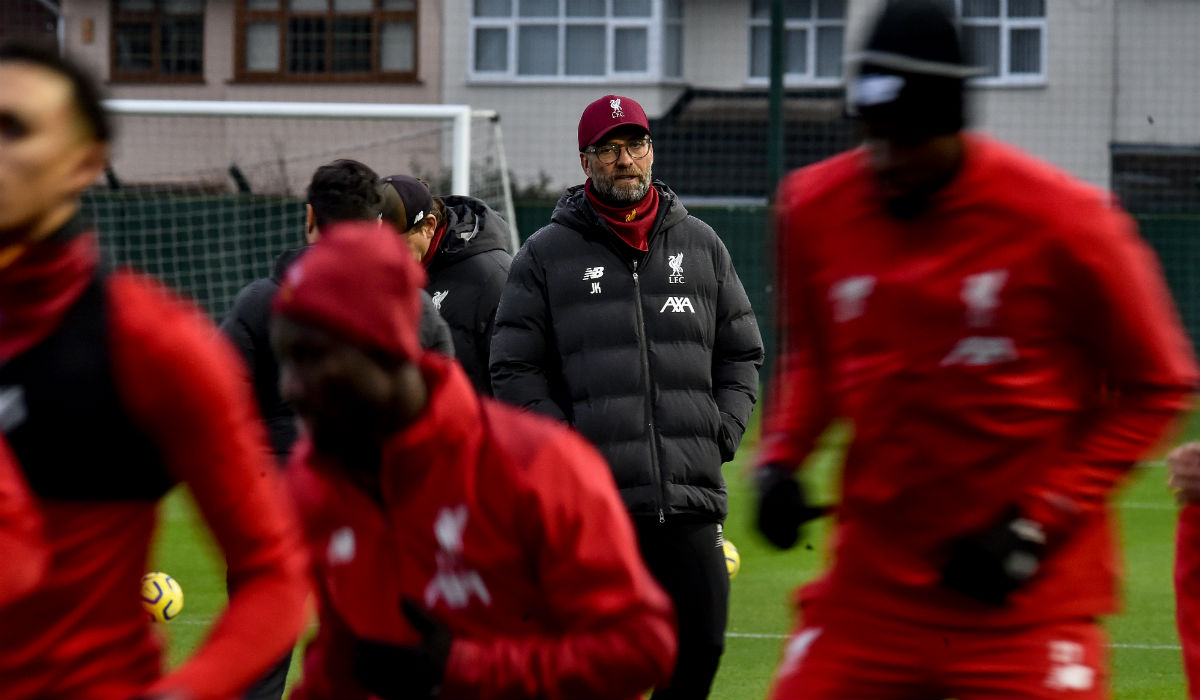 Klopp has rotated heavily so far in December, the boss making multiple changes to his starting line-up for consecutive victories over Everton, Bournemouth and Salzburg respectively.

Shaqiri feels the success of this policy to date underlines the fact that input from all members of Liverpool’s squad is required for their aims to be realised this season.

He continued: “Obviously everybody is very important and every player needs to know it is now a busy period. We have many, many games.

Liverpool’s next assignment is a top-versus-bottom Premier League clash with Watford at Anfield this weekend.

But despite the sides’ contrasting fortunes so far this term, there will be no complacency within the home dressing room ahead of Nigel Pearson’s first game in charge of the visitors.

“I think it [Watford’s league position] doesn’t reflect the quality they have because they have had a few problems,” Shaqiri warned.

“They’ve changed their manager twice I think and that can also be very dangerous for us because you can maybe not prepare as well as normal, when you know how the coaches play. 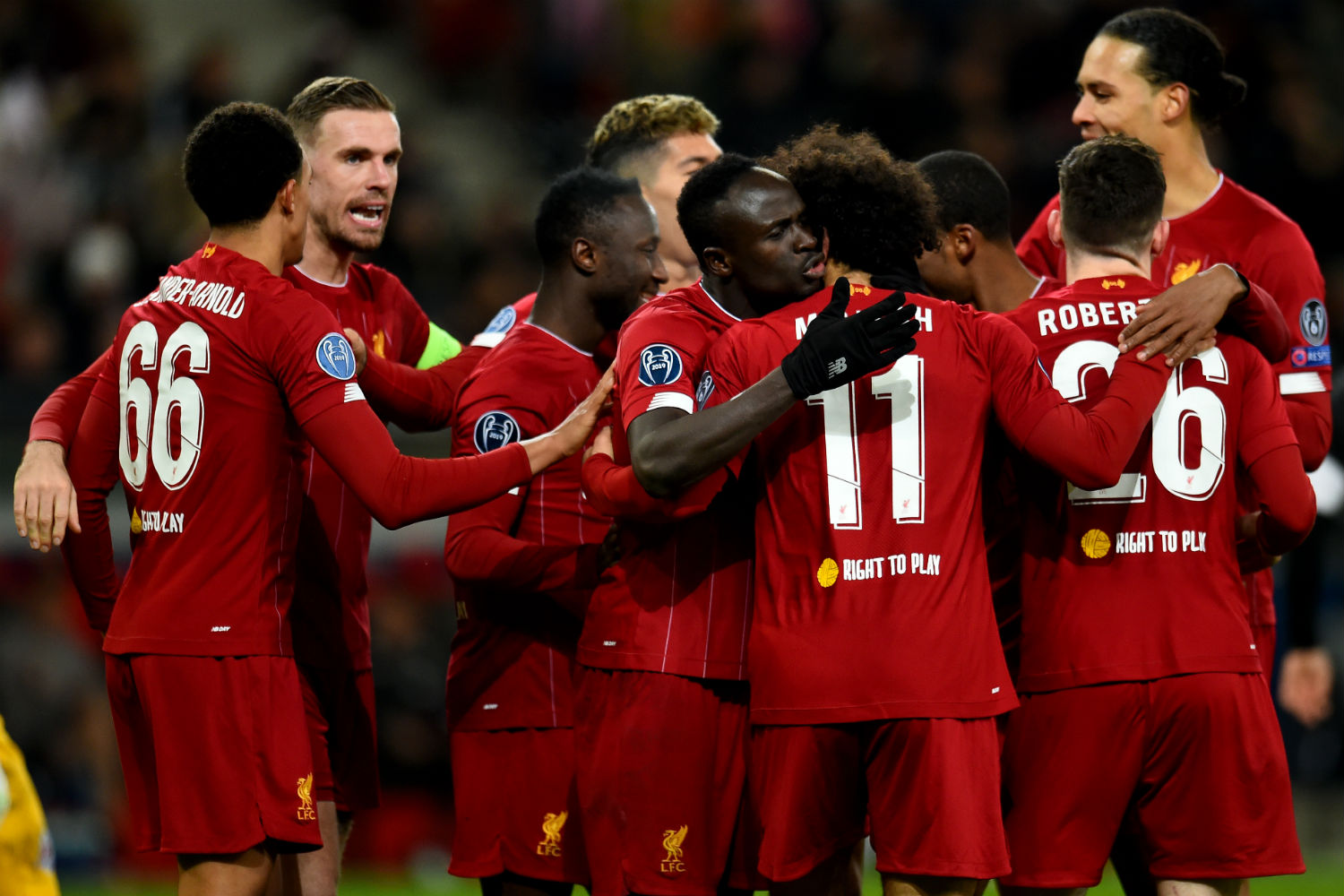 The Reds go into Saturday’s match on the back of a classy, assured 2-0 win at Salzburg in midweek that secured top spot in Champions League Group E and a place in Monday’s last-16 draw.

A two-legged tie with one of five clubs now awaits the holders in the New Year, and Shaqiri spoke of the necessity to be ‘spot on’ against any of those potential opponents.

“To be honest, obviously we want to take a ‘smaller’ team but for me there is no smaller team: if you go through the group stage, you are not a small team, you are a very good team,” the 28-year-old explained.

“Everybody is very good so it doesn’t matter [who Liverpool are drawn against]. At the end of the day if you want to go through you have to beat everybody who is coming, so for me it doesn’t matter in the end.

“Obviously it’s going to be tough and we need to be spot on and have a top performance to try to win these games.

“It’s two football games and you need to be on your best performance to go through. This is the Champions League and it needs a top performance.”