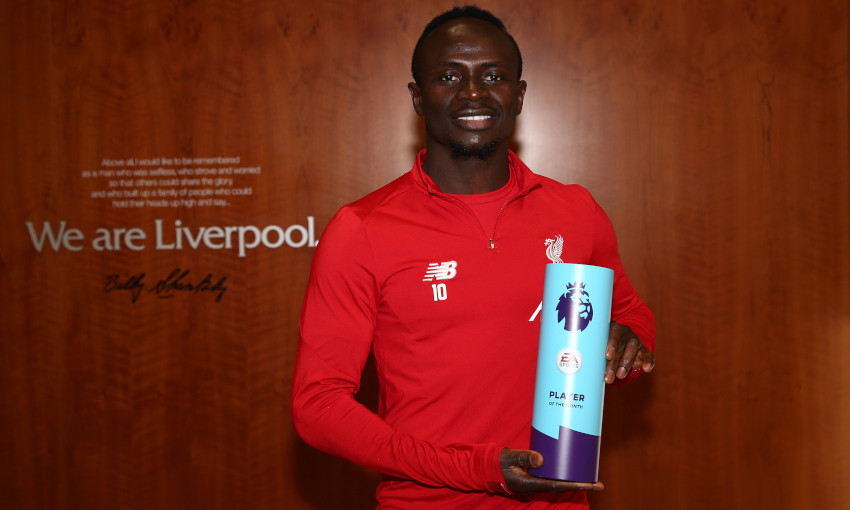 Sadio Mane was today named Premier League Player of the Month for November.

The Liverpool forward was in outstanding form to help his team win all four of their matches and establish an eight-point lead at the summit.

Mane set up an equaliser and headed home a winner as the Reds came from a goal down to beat Aston Villa, then provided the third strike in the 3-1 Anfield victory over Manchester City.

He was on the scoresheet again when Liverpool beat Crystal Palace 2-1 away from home and, as he had in the previous three games, played every minute of the win against Brighton and Hove Albion by the same scoreline.

It is the third time Mane has won Player of the Month, following August 2017 and March 2019.