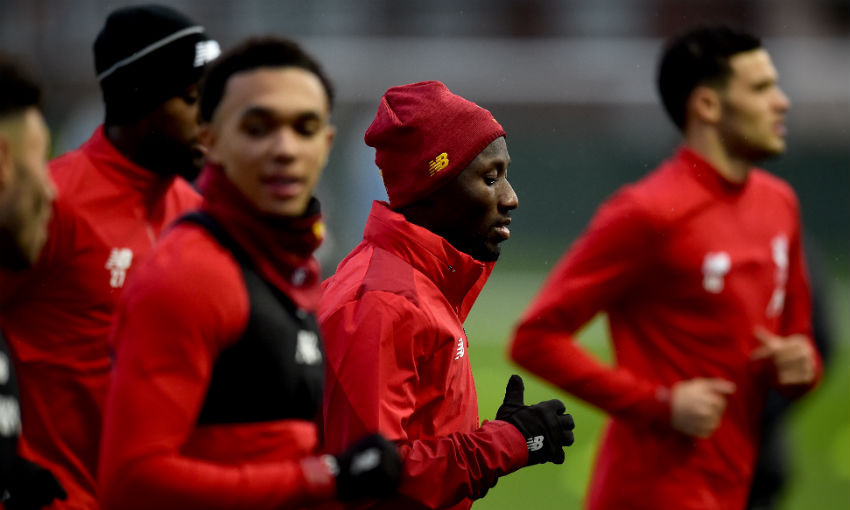 Fabinho is Liverpool’s only new absentee for Saturday’s meeting with Brighton and Hove Albion.

The midfielder will be out of action until the New Year after sustaining ankle ligament damage during the midweek draw with Napoli.

Naby Keita missed that Champions League fixture due to illness, but Jürgen Klopp reported on Friday that the No.8 is fit to face Graham Potter’s team at Anfield.

“After the game, from the guys who were involved in the squad [against Napoli], all good. Nothing else apart from Fabinho. Naby is OK,” the boss said.

Klopp is awaiting the results of Joel Matip’s latest scan on his knee injury, which takes place on Friday. The centre-back and Nathaniel Clyne remain sidelined.

Brighton welcome defender Lewis Dunk back after he served a one-match suspension for their 2-0 home defeat against Leicester City last weekend.

The visitors are also boosted by the return of striker Aaron Connolly, who has been in training ahead of the trip to Anfield after a recent groin injury.

Seagulls boss Potter revealed Solly March is a doubt for the game due to a groin issue, however, and Bernardo is not yet available.