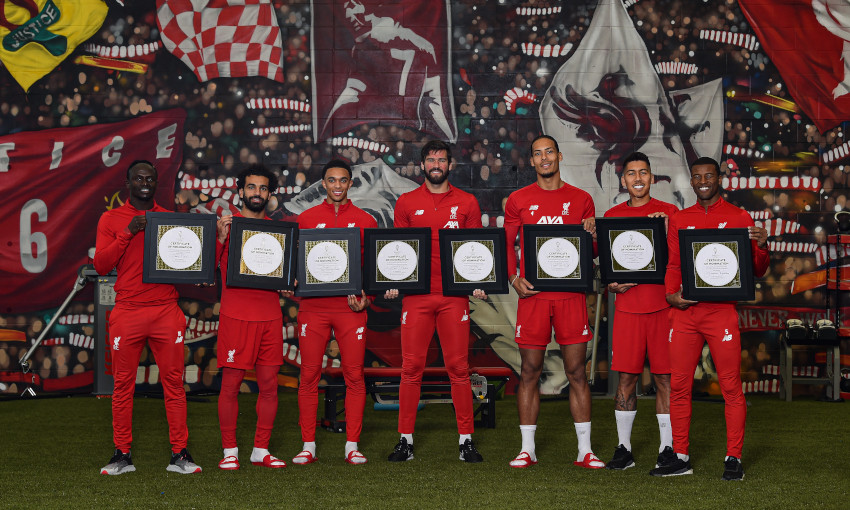 Liverpool’s seven Ballon d’Or nominees took part in a special photoshoot at Melwood recently to commemorate being named on the 30-man shortlist for the prize.

The winner will be revealed in Paris on December 2.

Ahead of that ceremony, the Reds contingent gathered at Melwood to be snapped with their official nomination certificates, which you can see in our gallery below.