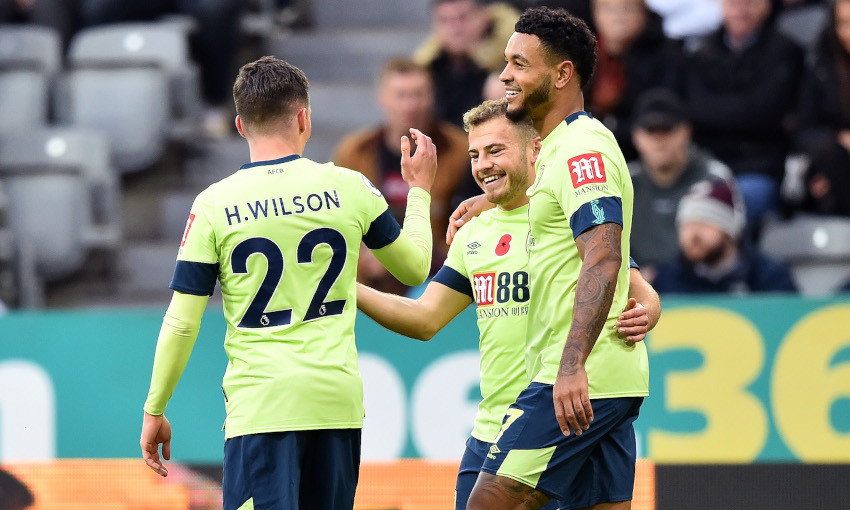 Liverpool’s clutch of loanees endured contrasting fortunes over the weekend.

Harry Wilson opened the scoring from a well-worked set-piece routine for Bournemouth, but the Cherries ultimately fell to a 2-1 defeat to Newcastle United at St James’ Park in the Premier League on Saturday.

There was better news for Sheyi Ojo, who came on as a 58th minute substitute for Rangers in their 2-0 win at Livingston on Sunday – a result that keeps Steven Gerrard’s side level on points with Celtic at the top of the Scottish Premier League.

Elsewhere in Scotland, Liam Millar entered the action in the 77th minute as Kilmarnock were held at home by 10-man Hamilton Academical in a 2-2 draw.

Loris Karius was between the posts to help Besiktas to a 1-0 home win over Denizlispor in the Turkish Super Lig, but fellow custodian Kamil Grabara suffered a 3-1 defeat for Huddersfield Town at Preston North End. Shamal George’s Marine, meanwhile, played out a 1-1 stalemate with Pontefract Collieries.

Marko Grujic was an unused substitute for Hertha Berlin in their 4-2 Bundesliga defeat to RB Leipzig at the Olympic Stadium in the German captial on Saturday, while Nat Phillips remained on the bench for Stuttgart as they lost 1-0 at VfL Osnabrück.

In Brazil, Allan Rodrigues de Souza completed the 90 minutes as Fluminense were defeated 2-1 at Internacional.

Loan watch: Harry Wilson and Marko Grujic on the mark