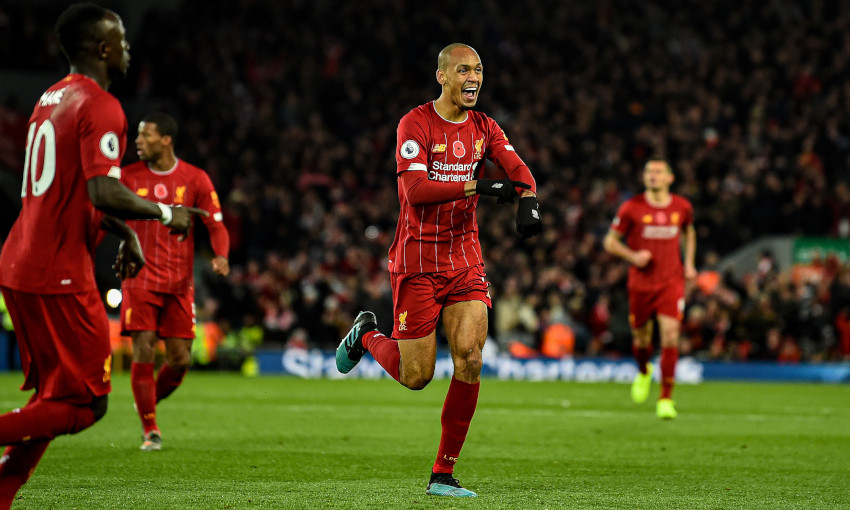 Jürgen Klopp referred to Fabinho as Liverpool's 'Dyson' last month, but the midfielder has now revealed it's one of two nicknames used for him by the rest of the squad.

The No.3's dominant display in the win over Tottenham Hotspur at Anfield led to the Reds boss using a creative metaphor to sum up his importance on the pitch.

Around the dressing room, however, the Brazil international is commonly referred to by a South American term meaning 'the skinny one' after Virgil van Dijk's suggestion.

Asked about the 'Dyson' tag, Fabinho told Liverpoolfc.com: "A few people call me this! Between us players I'm more known as Flaco but they're cool nicknames.

"Before the coach used it [Dyson], another player used it - I think Milner might have said it.

"It's a cool nickname but the other one that the majority of the players use, Flaco, that was started by Virgil and everybody started calling me it."

Praise continues to come Fabinho's way as a result of his performances that have helped propel Liverpool to the top of the Premier League and their Champions League group.

Now well into his second season on Merseyside, the 26-year-old is determined to keep on developing in the centre of the pitch.

Fabinho, who scored his first goal of 2019-20 against Manchester City on Sunday, continued: "I think when the team does well an individual's abilities shine as well.

"I wanted this season to be different because I had already adapted to the team and the league. I wanted to keep improving as a player and help the team out more. That's what I've been aiming for.

"I'm happy for the praise that I've got but I know I still have got the scope to improve and I want to keep improving.

"There's always scope to improve. I'm still young, I want to improve more, develop more. I've got personal objectives as well, so I've still got more to offer to the team."

Watch: The best of Fabinho, Henderson and Wijnaldum v City

Fabinho interview | 'This team is used to playing in decisive moments'