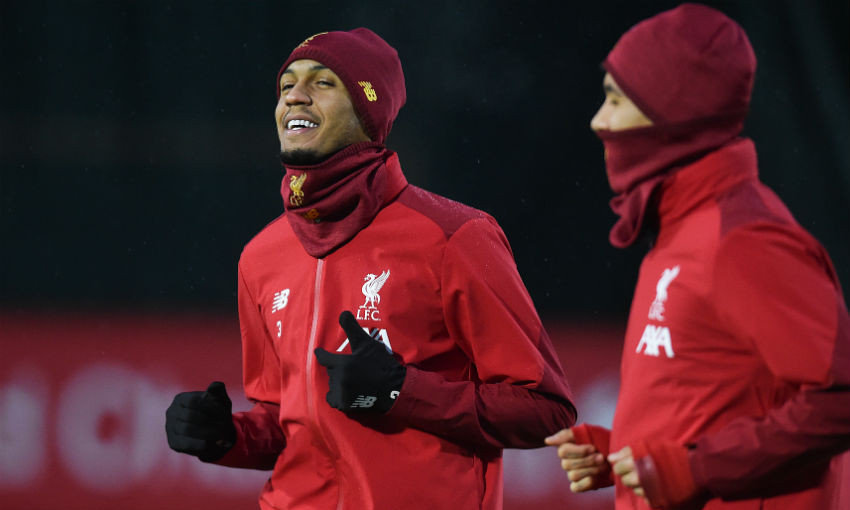 Fabinho views Liverpool's showdown with Manchester City on Sunday as 'special' due to the quality of both teams on display, while also providing the opportunity to take points off a direct rival.

The Brazilian midfielder insists the Reds will give everything in the hope of opening up a nine-point gap over City, but appreciates the difficulty of the test that lies in their way.

Read on below as Liverpoolfc.com sat down with the No.3 at Melwood to preview the much-anticipated clash... 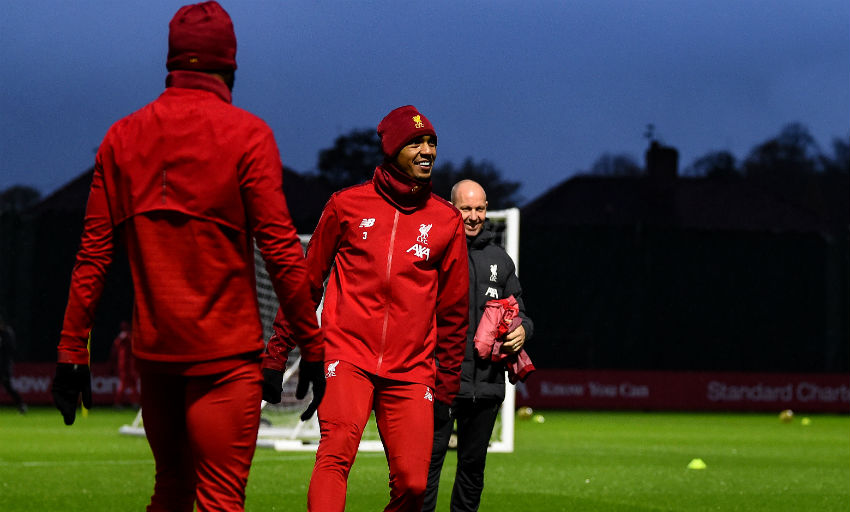 First of all, a big game at Anfield on Sunday when you take on champions Man City. Just how much are you looking forward to it?

Yes, no doubt about that. It's a game that everybody is looking forward to and everybody is excited to see. We are two teams this year and last year that have showed they are the strongest teams in the league and the most consistent. It's first versus second place and there's no doubt that it will be a great game.

How much of a statement do you think it would send by beating City to go nine points clear of them heading into the international break?

It's always good to go away on international duty on the back of a win. It gives us peace of mind while we are away from the club for a while on international duty. It would be fantastic and exceptional to open up a nine-point gap between us and other teams, but it will be a difficult game. We've been working hard for this game and we're doing everything we can so that we come into this game in the best possible condition.

In order to beat them you'll have to overcome a very, very good team...

Yes, City have showed themselves to be one of the best teams in Europe. And what they have been doing in the Premier League over the last few seasons has been incredible. They have maintained their standard this season, new players have come in to make them even better and we know that City have a team that can cause us problems. But as I said, we have had time to study their team and what's more, we're playing at home and we'll do all we can to come out with a positive result.

The results in the games against City possibly proved decisive in the Premier League title race last season. Do you think that's going to be the case this year, too?

I don't think the outcome last season was based on the results against Man City. But if we beat them then we will have a large points advantage over them, which will be important for us. But this game is always a bit more special because we have the chance to pick up points and stop a direct rival from picking up points. So we're going to do all we can to win, but I'm not sure if this result will define the outcome of the season.

The defeat at City in January was the side's only loss in the Premier League last season. Does that make you even more determined to get a win this time around?

I think the fact that was the only defeat didn't change a lot. But City were the only team that were capable of beating us, yes. So we've been able to fine-tune ourselves and improve on last year. In every game we want to win and play well. We want to play good football in front of our fans at home and this game will be no different in this respect.

Despite all the excitement and noise surrounding the game, this squad have repeatedly shown their ability to block all that out and focus on the task at hand, haven't they?

Yes, last season we had some really important games against big opponents in different scenarios, and our team dealt really well with these different scenarios. So we're going to prepare for it the same way as we've always done. Regardless of who we play, we focus on ourselves and the style of play.

They possess a lot of strength in attacking areas, meaning you could be quite busy in your defensive-midfield role. Are these the type of challenges you relish?

Yes, we've played against this City team before and they've shown us what they're about. They're great with the ball and they are hard-working, they're great in attack and all of this makes them one of the best teams in Europe today. But in the Premier League there are so many good teams and we've managed to play well in these situations as well. So playing City will be another challenge, but I think we're ready for it.

I imagine the whole squad are excited for it, and so are the fans. How much can they help in you getting a positive result on Sunday?

The fans are always really important for us, both home and away. But when we play at Anfield we have something more special, their support has always been great. In the game against Tottenham we went behind but they kept behind us and they were essential in us getting the comeback. So I don't even think we need to ask for their support because they'll be backing us anyway, shouting and singing. They are going to be another added strength for us.