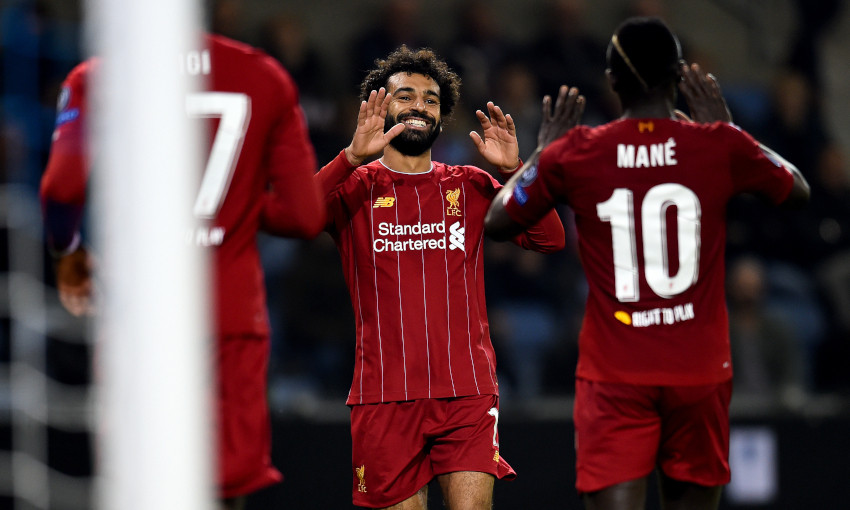 Mohamed Salah could emulate a feat only previously achieved for Liverpool by Steven Gerrard if he scores against Genk this evening.

The No.11 is one strike away from reaching 20 in the European Cup for the club and would be only the second player, after Gerrard, to reach the milestone with the Reds.

For more pre-match facts and figures ahead of the Group E tie, courtesy of LFC statistician Ged Rea, read on…

Liverpool have won all six meetings with teams from Belgium at Anfield, scoring 15 goals and conceding four. They have scored three goals in four of those encounters.

The Reds have lost one of the last 28 at home in Europe and are unbeaten in the last 23 at Anfield. Of those 23, they have won 17 and drawn six, failing to score only twice.

In the meeting between the sides last month, Alex Oxlade-Chamberlain’s opening goal was timed at one minute and 50 seconds. That is the fourth-fastest by the Reds in the Champions League era and the ninth time they have found the net inside two minutes in all European competition.

Salah has scored 12 Champions League goals at Anfield – only Gerrard, with 18, has more in the competition for the club. Salah’s haul has come in just 13 appearances.

It was against Belgian opponents 55 years ago this month that Liverpool wore all-red for the first time, winning the game against Anderlecht 3-0.

Liverpool have lost just two of the last 63 Anfield fixtures, both in domestic cups in 2018 – against West Bromwich Albion (FA Cup) and Chelsea (League Cup).

Joe Gomez’s next appearance will be the 100th of his senior club career; 75 of the 99 so far have been with the Reds. 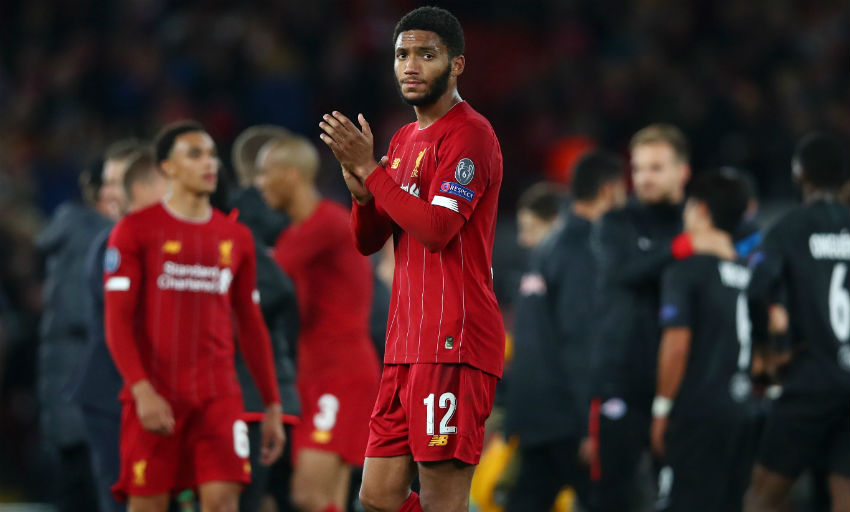 Sadio Mane could play the 50th European game of his career.

Klopp’s side have failed to score in only one of their 18 fixtures this season – the 2-0 defeat at Napoli in the opening tie of Group E.

Genk are still awaiting their first victory in the Champions League proper, having lost seven and drawn eight of 15 matches.

They have found the net in all but three of their last 34 European games, though the trio of blanks have come in the last eight outings.

Only once before have they been drawn against English opposition. In the 2011-12 Champions League group stage they drew 1-1 at home to Chelsea before losing 5-0 at Stamford Bridge.

The referee for this game is Ivan Kruzliak of Slovakia. He has taken charge of Liverpool twice previously, the Reds winning both – 1-0 at Gomel in 2012 (Europa League) and 3-0 at home to Maribor in the 2017-18 Champions League group stage.