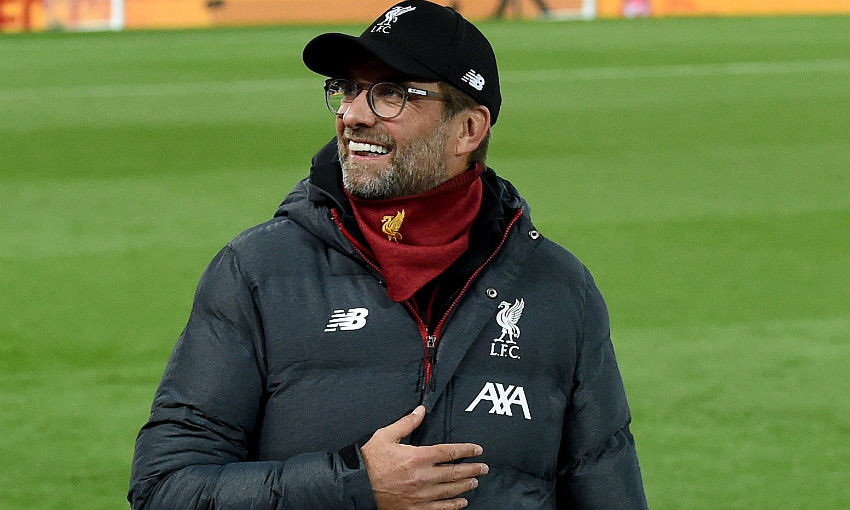 And Liverpool’s boss was delighted to see his prediction become a reality after watching his young side defeat Arsenal in a Carabao Cup fourth-round tie he enjoyed ‘from the first to the last second’.

The Reds earned a quarter-final trip to Aston Villa by emerging victorious against the Gunners via penalties following a breathless 5-5 thriller on Wednesday night.

Caoimhin Kelleher’s save from Dani Ceballos then afforded Scouse teenager Curtis Jones the opportunity to net the winning spot-kick at the Kop end - a chance the U23s captain took with aplomb.

Did Klopp enjoy a quite remarkable cup tie, then?

“One hundred per cent, from the first to the last second. I’m not sure when I had last time so much fun in a football game, to be honest - I saw 19 goals!” the beaming boss told Liverpoolfc.com.

“Actually before the game I said to Rhian ‘I would buy a ticket for this game - thank God I don’t have to, but I would!’ because I was really excited about the opportunity we can give to the boys and I was happy with the game.

“Yes, we made mistakes and I saw now that we had 60-something per cent possession. The more possession you have and the lesser tuned you are, then the more often you lose the ball, but we were too open in the moments when we lost the ball, we were not prepared for the moments. So these were the three or four moments in the game which were not good because we lost balls in strange moments.

“All the rest was really, really good. How we created, how we passed, how we ran; there was so many good things tonight that I saw.

“The kids showing up like crazy and I’m so pleased for them that they have a first Anfield experience like that! With all the emotions when you saw the faces, the face of Caoimhin Kelleher when he saved the penalty, of Curtis Jones when he scored the penalty. How everybody ran to Neco Williams when he crossed the ball to Div, all these things are just so nice. It’s so nice.

“When I saw in front of me the fighting spirit of Rhian Brewster, when he won the ball like four times back, and we go out there and the next moment we score a goal. These are so important moments for these kids, of course, but for all the other LFC kids as well.

“We had a meeting after the Tottenham game on Monday morning when all the young boys and the other players were together. The young boys were sitting on the left and I told them: ‘It’s good that you are here when we speak about the game from yesterday because that’s the way we play, that’s the way you have to play if you want to be part of this.’ It’s not too difficult so you can do that.

“Four or five of them tonight had the opportunity to do it and it’s really nice.”

On the Academy players’ contribution to a memorable win, Klopp continued: “Sepp van den Berg as well, he played an incredible game.

“Then you have Mesut Ozil around and Willock right, who scored by the way a really nice one, so a team like Arsenal in a counter-attacking mood – we keep them deep, play around them, we lose the ball and then it’s really difficult.

“Caoimhin did incredibly. He conceded five and I don’t know, I think the second one maybe could’ve been different but all the others were really difficult to save. He’s an outstanding talent and it’s wonderful that we could give him the opportunity.”