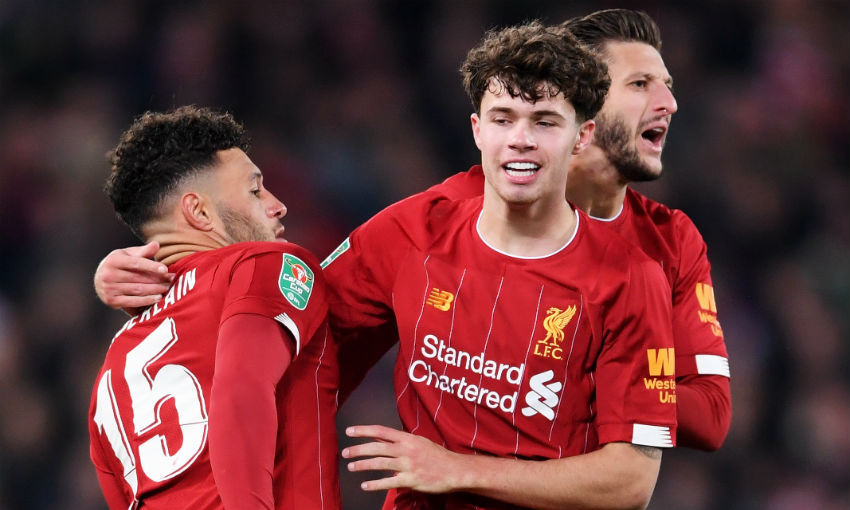 Teenage right-back Williams, a regular in the Reds’ U23 and U19 sides, made the step up to senior level for the first time on Wednesday and marked the occasion by helping Jürgen Klopp’s side beat Arsenal in the fourth round of the Carabao Cup.

An action-packed 90 minutes ended 5-5 at Anfield - with Williams’ fine cross assisting Divock Origi’s stoppage-time equaliser - before Liverpool came out on top 5-4 on penalties to earn a quarter-final meeting with Aston Villa.

Klopp hailed Williams, who started and finished the match, for playing ‘an incredible game’ during his post-match press conference.

So, what did the 18-year-old himself make of the experience?

“It’s a dream come true. It was an exciting game, I bet, for everyone,” Williams told Liverpoolfc.com.

“I thought the team dug in, we kept on going until the very end and I thought we deserved it.

“I thought we gave them a few sloppy goals which we could work on in training, but overall I thought the team dug in. We stuck as a team and we got the win.

“It just happened too fast, I wish it had went on forever!”

A dream come true to make my official @LFC debut last night, fans were unreal and stuck with us until the end👏🏻 hap… https://t.co/RAcEq7NQWq

Curtis Jones, who captains Williams at both U23 and U19 level, stroked home the decisive penalty at the Kop end - and the Scouser’s coolness under pressure came as no surprise to his teammate.

The Wales U19 international continued: “Curt’s a great lad and he has lots of confidence so as soon as he stepped up I knew he was going to score. I’m happy for him.”