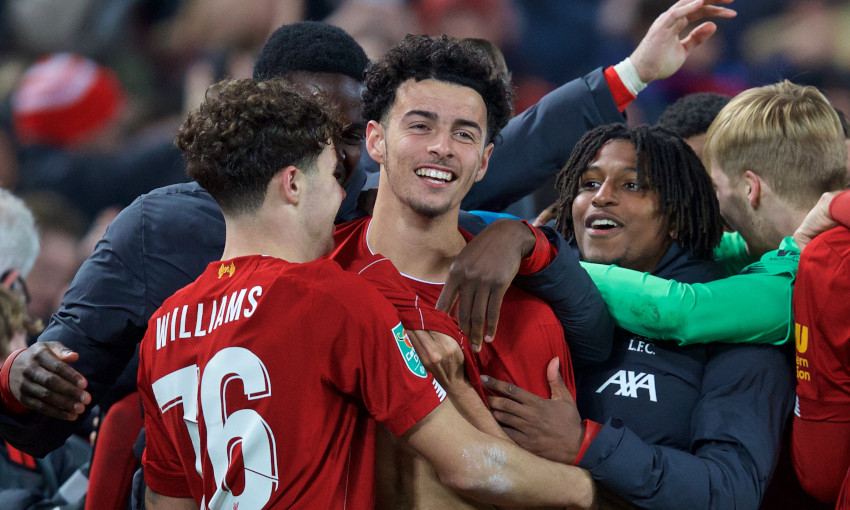 Curtis Jones' decisiveness in the face of a crucial penalty sealed Liverpool's passage to the Carabao Cup quarter-finals.

The Academy graduate was a second-half introduction to Wednesday night’s sensational tie with Arsenal at Anfield and made a significant impact.

It was Jones’ cute pass into Divock Origi that set up the striker to make it 4-4, before one more goal at each end prompted a shootout.

Caoimhin Kelleher’s save from Dani Ceballos gave the Reds an edge and, as the hosts’ fifth penalty taker, Jones had the opportunity to send them through – and calmly found the corner to do just that.

Asked what he was thinking while walking up to take the kick, he told Liverpoolfc.com: “Just to pick my spot and don’t change, be composed.

“I work on them every day in training. That’s my preferred place – I stuck to that and I was lucky enough that it went in.

“As I was warming up, I knew if I came on, I had to make an impact. And that’s what I did. I got the assist for Div. The lads performed well and we came away with the win.” 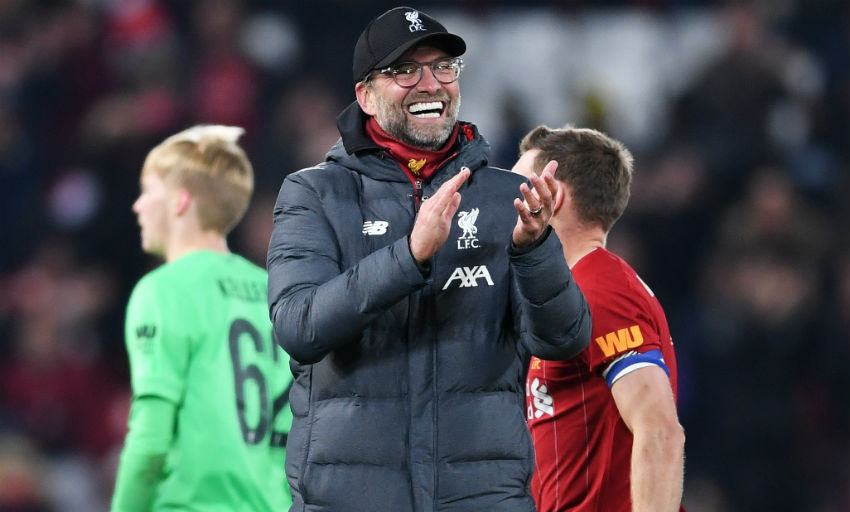 Liverpool trailed 4-2 when Jones was sent on for the injured Naby Keita but restored parity via quickfire strikes from Alex Oxlade-Chamberlain and Origi.

Joe Willock’s subsequent thump into the top corner seemed likely to be the winner for Arsenal until Origi dispatched a 94th-minute volley home amid a brilliant atmosphere inside Anfield.

“It was a great game,” reflected Jones. “We showed character, we showed belief and we showed heart. We’re happy we finally won. It was for the fans.

“I know from this being my boyhood club, and being a fan, how big the fans are on nights like this. That’s what drove us until the end.

“We’re happy that we got the win for the fans and we’re looking forward to the next round.”