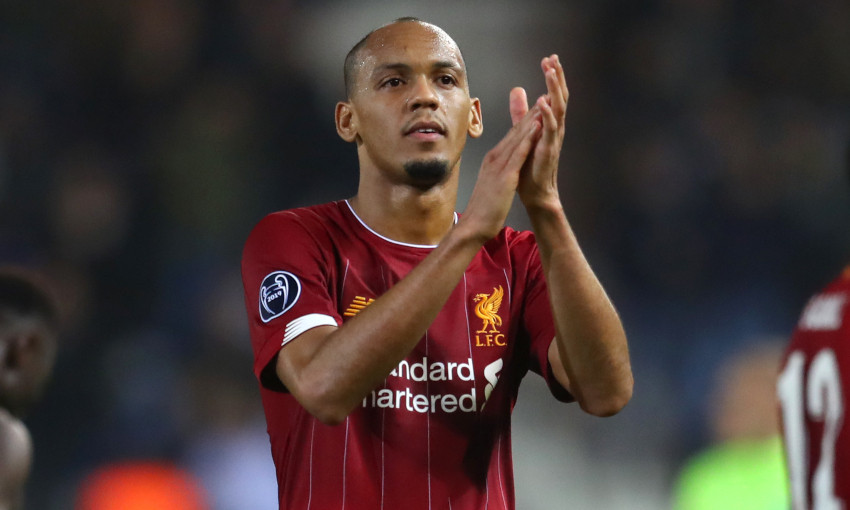 “That’s why I called him ‘the lighthouse’ – he guides us.”

Pepijn Lijnders is smiling as he reflects on Fabinho’s dominant performance during last weekend’s 2-1 comeback win against Tottenham Hotspur at Anfield.

🤩 F A B I N H O 🤩 Enjoy the best bits from a sensational @_fabinhotavares performance against @SpursOfficial 👌🔴 https://t.co/qr6pvLYwT8

Nobody involved in the high-quality Premier League clash could better the Brazilian’s tallies for tackles (four), interceptions (three) or possession regains (11).

In the opposite direction, meanwhile, his total of 68 passes in the opposition half was unrivalled, with one of those – a delicate loft into the Spurs box – leading to Jordan Henderson’s equaliser.

Fabinho’s Man of the Match display came exactly a year to the day of his first Premier League start for the club, 12 months in which the No.3 has become a formidable figure in the Liverpool midfield.

“I think our game forces this development,” Lijnders told Liverpoolfc.com.

“He needs to be the one who protects us constantly, he is controlling a very important space for counter-attacks. He does that as nobody else, that’s why I called him ‘the lighthouse’ – he guides us. He controls that space as nobody else.

“In the first 30 minutes they could get pressure on him; that was one of their main ideas because in the system they play he was our free player, but they jumped constantly. But he was smart enough and quick enough to switch.

“What I really liked about it was that throughout the game, further and further, he searched constantly for the cheeky passes in behind, for the disguised passes. Even the goal from Henderson was him lifting [a pass into the box].