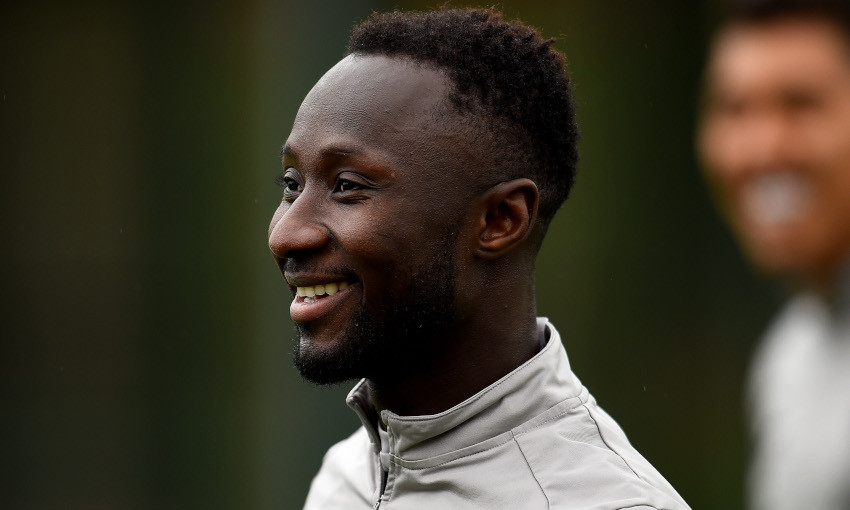 Focus and desire. They, according to Naby Keita, are the two psychological qualities underpinning Liverpool’s outstanding form in the Premier League.

The Reds head into this weekend’s latest outing – against Aston Villa at Villa Park – six points clear at the division’s summit after winning nine and drawing one of their opening 10 fixtures.

Indeed, Jürgen Klopp’s side are undefeated in their last 27 top-flight contests, stretching back to January.

“You always have to remain focused. It’s that focus that brings the desire – and it’s that desire that helps you a lot in achieving your goals,” Keita, whose fitness will be assessed ahead of the game, told Liverpoolfc.com during a chat this week.

“It’s that momentum that motivates us, builds confidence and drives us to do even better. That’s the goal we all set ourselves as players, as a club and as the manager too. I believe we will remain focused and calm and continue to make progress.

“We know we have players who like to beat our own records. We know what we achieved last season, but we’re not going to just look back on that achievement with any sense of complacency – we’re going to try to do even better than last year.”

Liverpool’s last Premier League action saw them recover from the setback of conceding after 49 seconds to produce a breath-taking performance to defeat Tottenham Hotspur 2-1 last Sunday.

After the game, Dejan Lovren detailed why he felt the European champions were constantly learning from their experiences in order to continue to evolve – and it’s a sentiment shared by Keita.

“It’s definitely the same for me,” he said. “A tough match like the one we just had, that gives you more experience, so you can try in subsequent training sessions to eliminate those faults or those attempts that didn’t work out right.

“We set about correcting those few errors we made in the match against Tottenham during our training sessions in the lead-up to the match at Aston Villa. Going there and putting in a good performance is paramount for us.

“As far as I am concerned, not all matches are the same, but we were happy to get the three points against Tottenham, that was essential. You can’t always run every game the way you might like to, but the key thing is to come away with the three points.”

Villa represent Liverpool’s next hurdle in the Premier League race.

Dean Smith’s side have tallied 11 points from their opening 10 fixtures since returning to the top flight and Keita is expecting to come up against a team determined to claim a scalp in front of their own supporters.

“There are definitely no easy matches over here,” said the No.8. “Especially when you are playing away. They have the support of their fans, they are motivated to win at home, but it’s a big help to know we are a serious side that always wants to win every game.

“Sometimes it can happen that you come up against a team who think, ‘right, we have nothing to lose’ and they can come and play their hearts out, but that’s not our concern. Our job is to remain focused on our game, get the points, and that always remains our objective. That’s the same objective we have for Saturday: three points.

“We’ve watched some videos of their matches, talk about their style of play and other such things.

“Now our next job is to then respond on the pitch to that which is demanded of us – and try to win.”